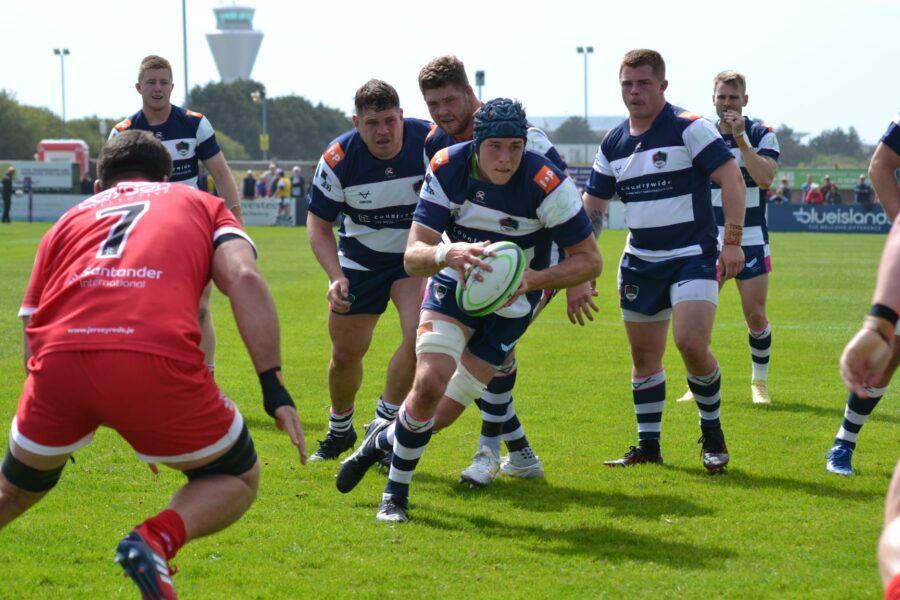 After finishing on the right side of the scoreline in a tight affair away to Bedford last Friday, Coventry have named a slightly altered team to Face Jersey Reds at home tomorrow. Due to a few injury troubles, as well as the Premiership Rugby Cup calling some of our duel registered players back to their parent clubs for some cup game exposure this weekend; some new faces enter the squad tomorrow afternoon.

Whilst Toby Trinder keeps his place in the front row, Jordon Poole has been recalled down south to Exeter Chiefs, meaning Suva Ma’asi starts in his place in the number 2 shirt. Jake Bridges graduates from replacement to starter alongside him at tight-head, as Matt Johnson is also Devon bound back to the Chiefs.

James Tyas and Adam Peters are once again the ever reliable second row pairing. Ryan Burrows starts at the Butts Park Arena in the Championship for the last time after announcing this week that he will retire from professional rugby at the end of this current season. Fellow northerner Josh Bainbridge is alongside ‘Buzz’ once again at 7, whilst Tom Ball shifts to the bench after the return of Senitiki Nayolo following his rugby duties in Army red.

Josh Barton keeps the starting 9 shirt after a strong performance in Bedfordshire last week, whilst Evan Mitchell takes over the Fly Half jersey for the un-well Tony Fenner. Tom Curtis will be plying his trade for parent club Sale Sharks this week, meaning that a starting centre role will be usurped by Andy Forsyth who comes in at 13, shifting Will own one in to 12.

One change to the starting back three comes in the form of Rob Knox who will begin on the right-sided wing in place of the injured Rob Stevenson. Tom Stanton and Louis Brown will remain to make up an exciting triplet of speedsters at the back.

Front row cover means new faces will be introduced to the Butts Park faithful this weekend. Will Haly comes in as our replacement hooker joining from Cinderford in National League One. Luc Jeannot is set to make his 51st Coventry appearance from the bench, whilst another debutant Matt Woodward from Durham University will cover the tight head position.

Freddie Betteridge, Dan Babos, Louis James and James Martin make up the rest of the substitutes, completing the squad that will be looking to keep the winning momentum going in to the last league match at home of this 2021/22 campaign.