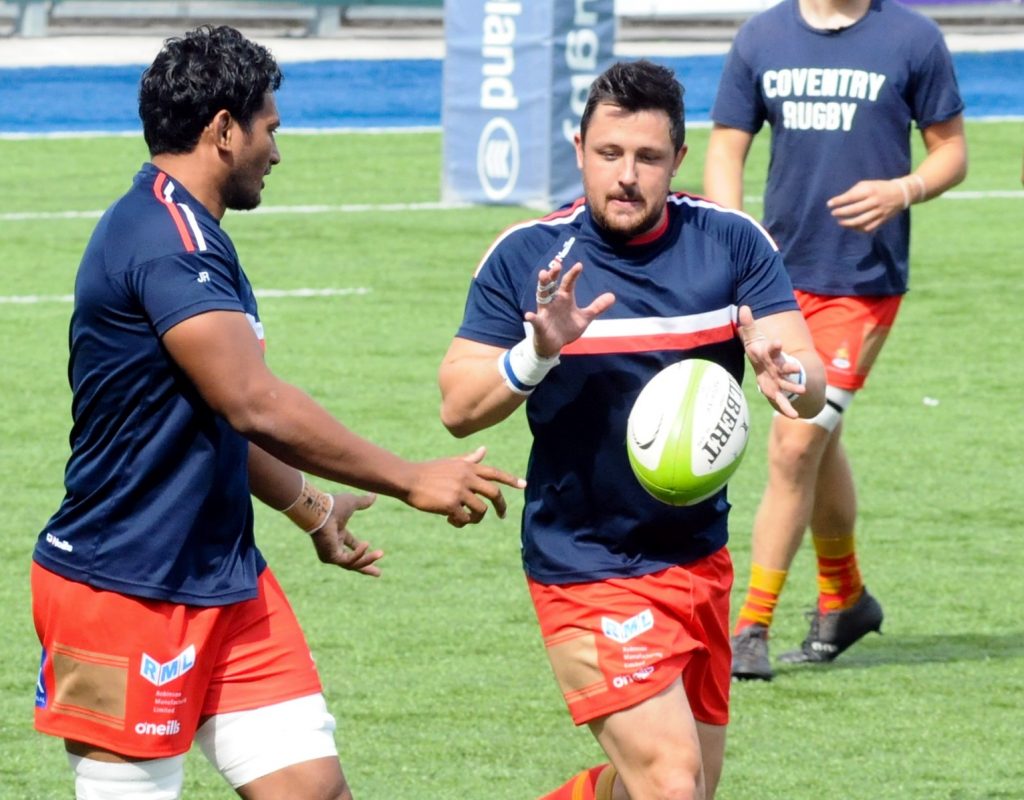 Player-coach Jake Sharp starts at fly half for Coventry Rugby tomorrow when Bedford Blues are the Butts Park Arena visitors (3pm kick off).   The experienced No.10, who joined Cov over the summer, previously scored 698 points in 198 games for the Blues after joining them from Saracens as a teenager. Sharp partners Tom Kessell at half back, with Will Maisey rotated to the bench.

And as a result of injuries suffered by Heath Stevens (concussion), David Halaifonua and James Stokes (both ankle) Coventry director of rugby Rowland Winter has made three further personnel changes to the backline that started against Cornish Pirates last Sunday.

These see former Doncaster Knight Andy Bulumakau make his blue-and-white debut alongside Sam Tuitupou in the centre, and long-serving Rob Knox return on the right wing.

Bulumakau’s older brother Junior starts on the left wing, with Tony Fenner continuing in the full back role he switched into following Halaifonua’s first-half departure in Penzance.

“It’s unfortunate to lose Halaifonua, Stokes, and Stevens but it’s also great to welcome Knox, Andy Bulumakau and Jake Sharp back into the team.

“Injuries are expected; we have a strong squad with depth so will adapt. This also gives opportunities to others and increases competition for places when the injured players are back available again.

“Bedford have been towards the top end of the Championship table for a while, they are an established team and a great example for us to follow.

“They have shown the high standards that this league requires to be successful, so we know this game will be a tough challenge. We need to make sure we are more clinical and execute the chances we work hard to create

“We’ve had a great week in training, the boys are growing as a group and settling all the time, and I am looking forward to a strong performance.”

Advanced tickets for the Greene King IPA Championship clash, preferentially priced at £18 (seated), £15 (standing) and £2 (ages three to 16) are available before 4pm on Friday from the Butts Park Arena ticket office on 02476 231001.