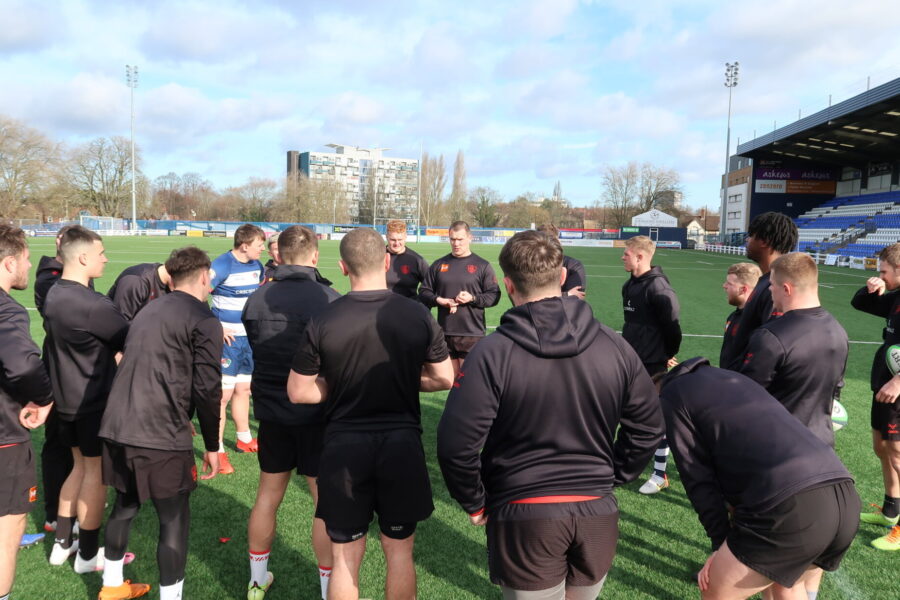 The Coventry side to face Nottingham tomorrow night under the Lady Bay lights has been announced, with just two changes to the starting XV. Our Round 17 game of the 2021/2022 Championship season will kick-off at 7.45pm, and Coventry will be hoping to complete the double against the Archers having been victorious in the home fixture earlier in the season with a 24-36 scoreline.

It’s been nearly two weeks since Coventry fell short at home against the Cornish Pirates after an extremely promising first 40 minutes. Jordon Poole – starting at Hooker tomorrow night – has stated the importance of putting together a full 80 minute performance away from home. “It’s all about us this week” according to Poole despite being very much aware of the numerous threats that an exciting Nottingham team pose with a free flowing brand of rugby.

Senitiki Nayolo will make his first start after a long period out injured. Having come off the bench last week for some valuable game-time, Nayolo will start the game at 6 whilst Adam Peters shifts one layer closer to the centre of the scrum, starting in the second row.

Another player returning from injury is high flyer Louis James. The young speedster has returned to full fitness and goes straight in to the starting backline after a tricky time out. The wing will be hoping to repeat his try scoring feat against Nottingham, this time away at the Bay.

Matt Johnson will make his second appearance for the club on dual registration from the Exeter Chiefs to make up an identical front row to that of a fortnight ago. There is a similar feel to the squad to the one that faced the Pirates, however a dissimilar result is very much the objective tomorrow in Nottingham.

If you’re unable to join us at the Bay, there will be BBC CWR radio commentary via the BBC Sport website or app or you can follow updates via our live Twitter feed (@CoventryRugby).