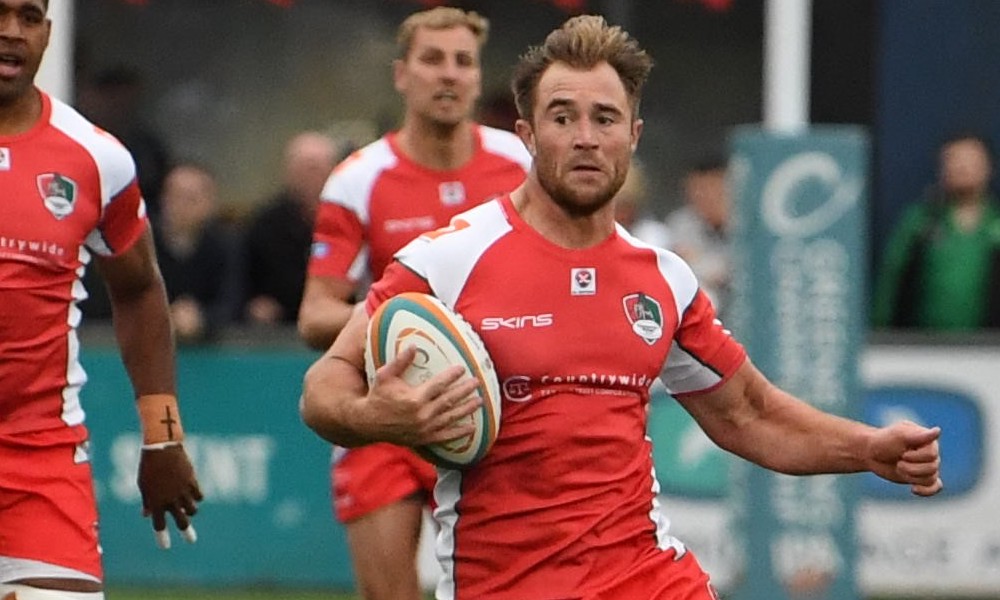 Coventry Rugby has announced that Heath Stevens is retiring from rugby.

Formerly of London Welsh and Worcester, the 27-year-old centre joined Coventry in 2011 and then again in January 2017 and is now among the current squad’s most capped players, with 142 first team appearances to his name across his two spells at Butts Park and scoring 35 tries.

Stevens has also been part of the squad’s leadership group, and as well as captaining the first team in the 2018/19 season he has more recently helped the coaching of the Coventry Development XV, a role he has also undertaken within the Northampton Saints Elite Player Development Group and at Bugbrooke RFC.

And it is in this direction that Stevens is looking to progress, establishing a coaching career alongside the health supplements business he runs with Ben Nutley.

“I’ve loved my time as a professional rugby player but now is the right time for me to stop,” he says. “I will miss playing and training an awful lot, but over the last couple of years I’ve developed a real passion for coaching and hopefully this will be my competitive fix going forwards.

“I would like to thank everyone at Coventry RFC. I started my senior career with them and have now finished my playing days with them, going full circle. The club has gone from National One to being established in the Championship and to the players, coaches, board members and fans, top work and I look forward to crossing paths with you all again at some stage.

“To my first ever coach and lifelong friend Jock Kevan, if I can give half as much passion and commitment to helping others as you gave us as Old Northamptonians Under-9s I would be very happy!

“I’m excited about what the future holds.”

Director of Rugby Rowland Winter thanked Stevens for his contributions over the past three-and-a-half years and says that he has the potential to be an excellent coach.

“Heath has always been mature for his age and quickly became one of our leaders,” he commented. “He justified his selection as first team captain in our first year in the Greene King IPA Championship, and showed that he deserved to play at this level as a professional player.

“Heath definitely has the potential to be an excellent coach. He understands the game well, is a good leader, and over the past couple of years has built up a strong resume with both young players and adult teams.

“We wish him well in the next phase of his career, and I’m sure the supporters will join me in thanking Heath for his contributions in blue and white.”