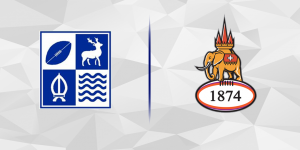 Coventry Rugby can today confirm that the pre-season fixture against Bishop’s Stortford will now be played on Friday 10th August at Cheshunt RFC.

The match was originally scheduled for Tuesday 7th August and would have seen a mixture of the senior side and development academy feature but due to the game now falling a day before the crunch match against Birmingham Moseley at Butts Park Arena, this will now predominantly be a second XV fixture.

The change in date comes as a caution with the recent heatwave and a worry from the hosts about the state of their pitch. The club apologise for any inconvenience this may have caused and we look forward to seeing you all during pre-season.