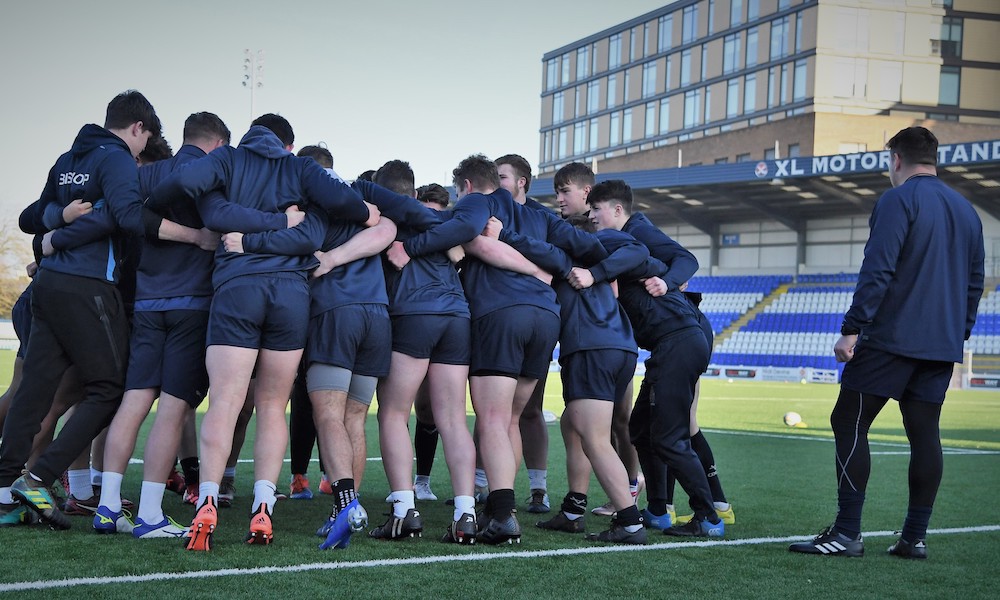 Half a dozen talented youngsters who have been playing and training with the Coventry Rugby Academy over the past few months have been selected in the 2020 England Counties Under-18 squad.

There will be a practice match against Worcester Warriors Academy next weekend (March 7/8) before the squad assembles during the Easter holidays to play Ireland Clubs and Schools in a two-test series at Goldington Road on April 14th and 18th.

The news comes at the end of a big week for the Coventry development system. Last Sunday there was the double achievement of having a club win over the Independent School Lambs with having 10 players away with the Midlands 18s.

Then on Wednesday a Development Academy squad including 17 players aged 18 or under beat Cambridge University’s Under-20s at Grange Road.

Academy Manager Ross Stewart says that the number of Coventry players in the England Counties squad is the icing on the cake.

“I’m delighted for all of the lads. You don’t get that many opportunities to wear the England shirt and I’m sure that they will do themselves, Coventry, and their home clubs and schools proud when they play against Ireland in April,” he commented.

“Having a quarter of the squad coming from our area shows the positives of having strong relationships between clubs, schools, Constituent Bodies and their local Championship club, and the value we can add into the players’ development.

“It also reflects the hard work of Head Coach Phil Boulton, who deserves plenty of praise for what has been achieved at Butts Park in a short time, and Tom Kessell, who has also been working with the youngsters for the past couple of seasons.”

The Under-18s are back in action at Butts Park Arena next Friday playing Brooksby College (Leicester Tigers’ AASE College partner). Kick off is 7:45pm and entry is free.

The club’s Under-18s programme is backed by the Coventry Rugby Supporters Club.