Second half style from Development youngsters sees off Cambridge University 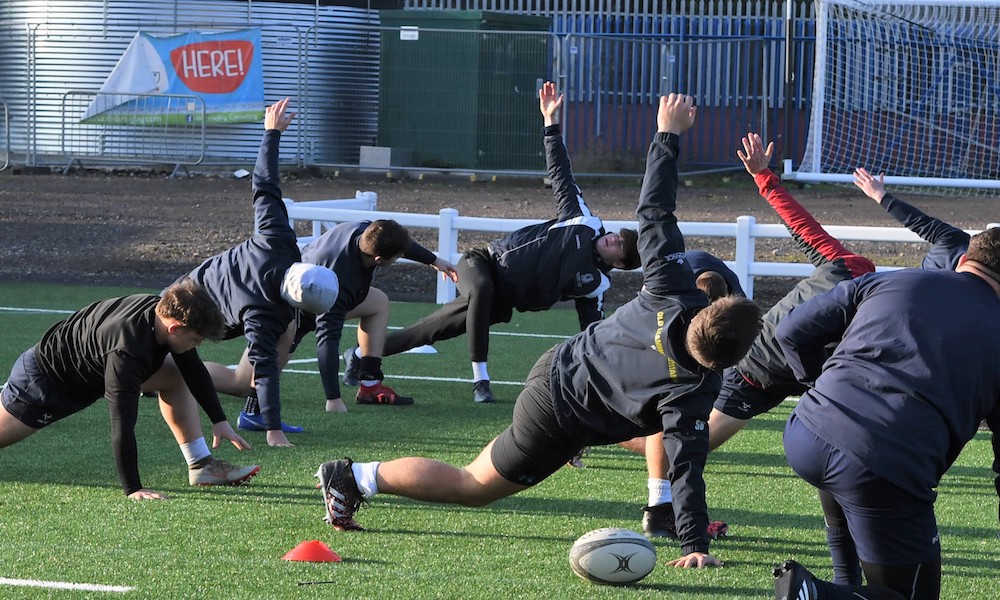 Coventry headed east giving game time to a host of talented young players, with 17 of the 23-man squad aged 18 or under. The club also used the match as an opportunity to engage with players from the immediate area who may have been deemed surplus to requirements by Premiership clubs since the end of the end of the Academies League a few weeks ago.

At half-time the scores were tied at 12-all, Adam Sellars and Louis Beer going over for tries and Fin Creighton adding a conversion. But in the second half the travellers pulled away, Louis James, Evan Mitchel and Jonjo Fanning all crossing the line and Mitchel kicking a pair of conversions.

It was not just the 31-17 final score which pleased Academy Manager Ross Stewart.

“It was a good evening for us for a number of reasons,” he said. “Most of the players were backing up from playing at the weekend, and with a number of guest players we had to keep things focused to put together a winning performance.

“I was massively impressed by the attitude of everyone involved. Our full-time Development Academy players led from the front and set a good example to the youngsters. This included the injured players who were part of the pitch side management, running water and passing on the messages and encouragement to the team.

“Seeing the guest players play alongside our current lads was also encouraging – it is an important time of year as we look to bring in some talented PRL Academy youngsters who are not in the fortunate few who have been offered contracts by Premiership clubs.

“All of these players have a lot of potential and we want them to have an opportunity to develop at Coventry.

“It was also good to have Heath Stevens as part of our coaching group for the team. Heath has been coaching at Bugbrooke for a while and last night he worked with the backline and our defence, something which benefitted both the players and Heath’s development as a coach.”

Thanks to the Coventry Rugby Supporters Club for their continued backing of the club’s Under-18 programme.