Sam’s settling in to a new challenge

JOINING Coventry Rugby has given fresh motivation to All Black centre Sam Tuitupou.

The 35-year-old is stepping down two levels after six seasons in the Premiership with Sale Sharks, but sees it as a natural move and is excited at the prospect of extending his career in National League One at a club with Coventry’s ambition.

“I’ve been at Sale for six years which is a long time, and I’m looking forward to the change and the challenges ahead,” said Tuitupou who, the winner of nine caps between 2004 and 2006, becomes Coventry’s fourth All Black after Shayne Philpott, Zinzan Brooke and Scott Hamilton.

“It’s one of those things you have got to adapt to and it actually adds a bit of life back into the old legs.

“It just feels like I’m back in New Zealand now playing club rugby – I’d always wanted to go back and do that at some point, but I’m happy to be here at Coventry and I’m sure it will be good. It’s a good place to be and a well-respected club.”

A Super 14 title winner with Auckland Blues before moving to the Northern Hemisphere, Tuitupou brings a wealth of Premiership and European experience to Butts Park after spending three seasons at Worcester Warriors and one at Munster before joining Sale.

With that behind him, a move into coaching would be a natural progression but, for now, he is happy as a player and to fight for his place in the starting side.

“Obviously coaching is something I want to do after rugby, so what better place to start than with this bunch of guys?” he said.

“But for the start of the season I want to concentrate predominantly on playing rugby. I think I’ve got to ease my way into coaching, but of course I’m happy to take a session if I’m asked to help.

“The plans the club has for going forward, the vision that the club has – especially Rowland Winter – and where they want to be is something that really jumped out at me, and I think the club is certainly heading in the right direction.

“I’m enjoying getting to know everyone – I think the lads look up to me more as a father figure, but it’s good and I enjoy hanging around with the younger boys. It makes me feel young as well!”

Outside his time at Coventry, Tuitupou will continue his involvement with Haka Rugby Global camps who deliver rugby coaching and lessons in Maori culture and ceremony to youngsters.

“It helps the young kids to feel what it’s like to be brought up in New Zealand and the culture and pride of a rugby nation, and to learn the haka as well.”

Will we see a Coventry haka? Perhaps watch this space…. 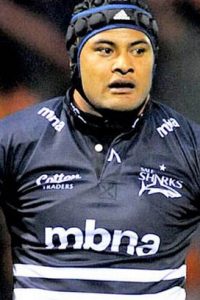