Rowland Winter: “We are capable of upsetting the apple-cart”

Heath Stevens has made a full recovery and is fit for selection against London Irish (pic: Nick Meredith)

Director of rugby Rowland Winter has challenged his Coventry squad to build their recent positive displays into a truly memorable performance when they visit table-topping London Irish on Saturday (Madejski Stadium, 2.45pm kick off).

Having pushed the Exiles very close before claiming a losing bonus point at the Butts Park Arena in October, the Blue-and-Whites finished strongly in their 27-17 Championship Cup quarter-final defeat in Reading a fortnight ago.

And while Cov’s boss accepts his team faces the toughest test in the Greene King IPA Championship this weekend, he also believes it is capable of leaving its mark on the promotion favourites.

“London Irish are top of the table which tells us they are the best team in the league with plenty of resources,” he said.

“I therefore expect a tough game, but on both occasions we have played them this year we have shown there is perhaps not such a big gap as you would expect between a side that has come down from the Premiership and one that has come up from National One.

“We know we’re underdogs, but are happy with that tag, and go there with all the pressure on them since they can’t afford a slip-up.

“We’ll be looking to ruffle a few feathers. If we can get a bit closer than we have in the previous two games it will be an improvement, if we can get some league points even better, but we know we’re capable of getting the win which would really upset the apple-cart.” 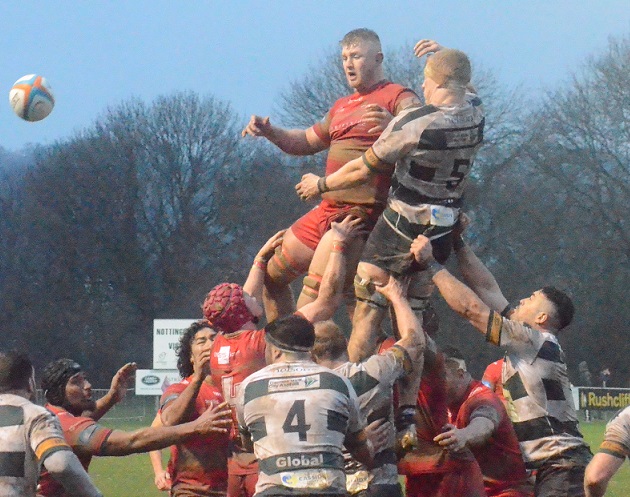 Ben Nutley and Heath Stevens, both of whom were forced from the field during last Saturday’s home win over Hartpury, have been passed fit for this weekend’s round 15 clash.

Cov’s coaching group must also factor forwards James Voss and Alex Woolford, who have respectively recovered from concussion and a toe injury, into their selection thoughts.

However, Jack Ram’s return to play process does not complete until Friday, while fellow Tongan international Dan Faleafa is rated as only 50/50 to face the Exiles and Adam Peters is unlikely to have recovered in time.

In an upbeat injury update, Cov’s coaching group also advised members of the media that Jack Preece, Will Flinn and Max Trimble are also all now involved in training, while Winter also took the opportunity to praise recent contributions from members of the club’s development squad.

“Our injury position is much improved from the last couple of weeks when we’ve had to pull together squads which have given opportunities to development players,” he said.

“Normally that is a bit of a concern, but last week it gave Scott Russell the chance to come through and show what he can do, play 80 minutes and be named man-of-the-match which for a guy making his debut was absolutely outstanding.

“Dan Lewis has also done really well when he’s had chances, so overall I’m not too concerned about having a few injuries.”