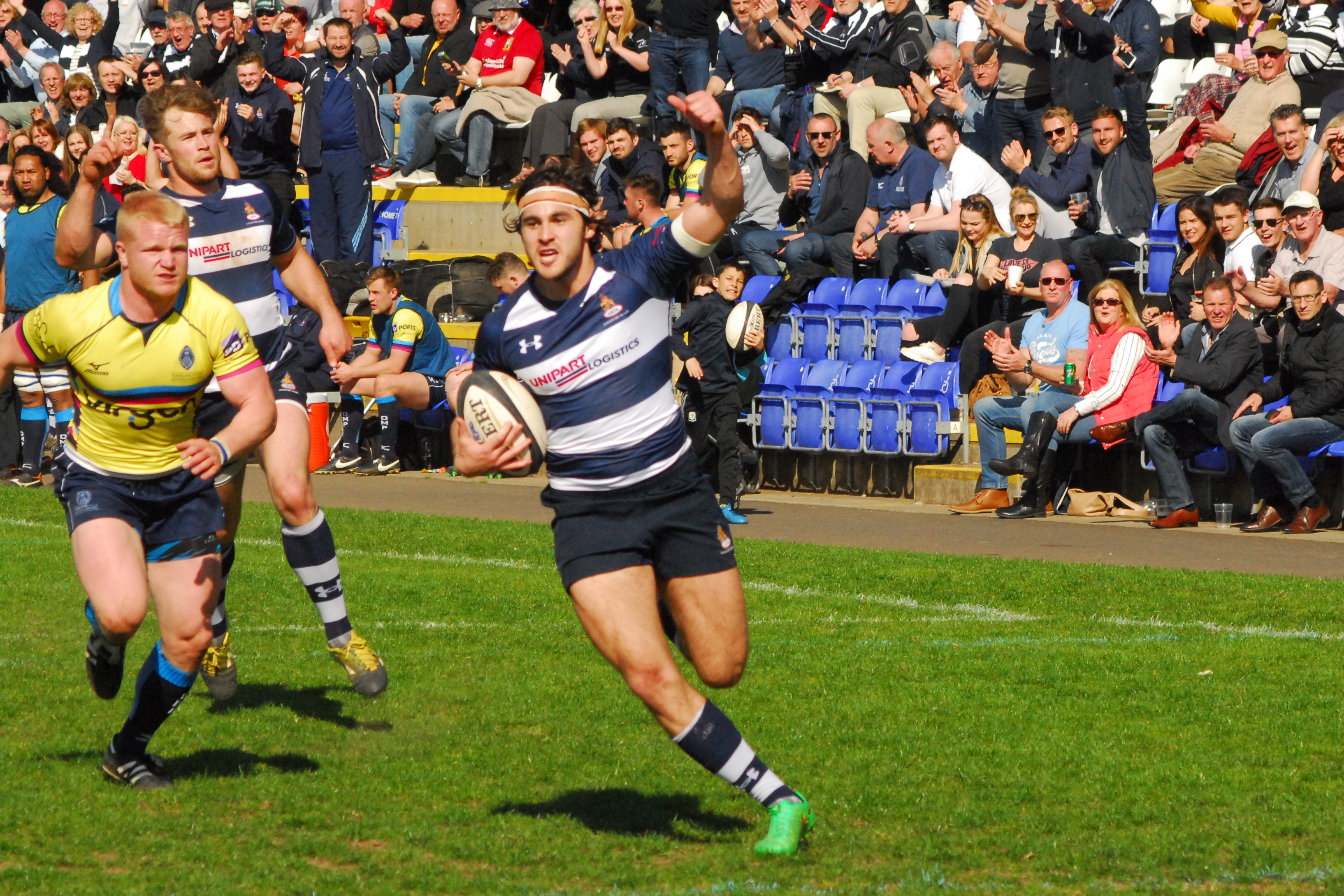 Max Trimble is set to play a role against London Scottish

“We’ve got plenty of people who bring energy, including Max Trimble and James Stokes who are likely to return to the squad this week.

“But leaders who bring clear and concise decision making to the heat of the battle was what we missed a bit last week and will hopefully have this Saturday.

“Unfortunately, that leadership group probably won’t include Heath Stevens, as he picked up a knock at Richmond which is likely to keep him out this week.

“To be without him and Phil Boulton at this time is obviously not ideal, but we’re fortunate enough to have Phil Nilsen, Ben Nutley and Sam Tuitupou in three key positions to lead the team forward.”

Winter expects forwards James Voss and Charlie Beech, who respectively left the field during the first halves of the defeats against London Irish and Richmond, to be fit for selection.

And a number of others have made a strong case for inclusion against opponents Cov last faced in 2011.

“We also have lots of talented players who didn’t get the chance to represent the club and the shirt at Richmond,” Winter said.

“We’ve had two really good strong training sessions so far this week, and lots of people have put their hands up for selection.

“There will be a handful of changes, which is partly down to performances at Richmond, but also because of what we have seen in training this week.

“The players don’t need me or the coaches to tell them – they are frustrated themselves with the lack of consistency in our game at the moment and they have worked incredibly hard this week to put that right.

“It wasn’t lack of effort that was the problem at Richmond, it was an all-round bad day at the office for everybody, with poor skills and communication plus some poor decision making. If you then chuck in the weather and being away from home against a motivated Richmond side, you end up with the result we got.

“We’ve created a high standard of performance here and that’s what we judge ourselves by. Even though we’ve had a couple of wins, and three good performances out of six, hitting that level consistently is our next step.”