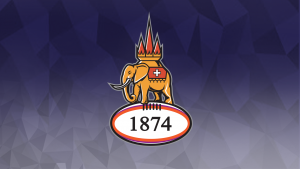 The Rugby Football Union have announced today that a new tackle height law is set to be trialled in the newly formed Championship Cup competition for the 2018/19 season.

World Rugby will work in partnership with the RFU and make amendments to Law 9.13 which will function during the new cup competition in the second tier.

The law will make alterations to the definition of a high tackle from above the line of the shoulders to above the armpit line.

This new player welfare initiative will include all 43 games in the pool stages and play-off rounds of the competition.

With the new trial, the RFU aims to assess the impact of initiating a lower tackle height in elite adult rugby with the increase of injuries such as concussion and neck and spine injuries. It will also look into player behaviours in the tackle, the nature of tackles, head injury events and other events during a game.

The data obtained from this trial will be collated and compared against existing evidence from the English professional game to help inform any broader approach. A similar trial will take place in the World Rugby U20’s Trophy competition.

Director of Rugby Rowland Winter: “We are looking forward to embracing the trial in the Championship Cup, the data and research presented by the RFU was compelling, and we fully support the trial and any measures taken to improve player welfare.

“Reducing the height of the tackle will have an effect on the attack and the defence, and it will be interesting to see whether we see more offloads and a quicker game, as there will be less chance to wrap the ball up.”

Nigel Melville RFU Professional Rugby Director told the RFU: “We’d like to thank the Championship clubs for their support of the trial next season and look forward to working with them on this important player welfare initiative.

“The global game is committed to an evidence-based approach to injury prevention and the outcomes from this trial, coupled with those from the World Rugby U20 Championship and U20 Trophy events, will provide World Rugby with comprehensive data and feedback to inform our continued commitment to further reducing concussion risk in rugby.”

Greene King IPA Championship chairman Geoff Irvine added: “Obviously player welfare is at the top of everyone’s agenda and any action that is a potential benefit to the players is welcomed by the clubs”

There will be an initial meeting on 5 August for Directors of Rugby, forwards and backs coaches and a senior player representative from all Greene King IPA Championship clubs, as well as all referees and assistant referees to ensure sufficient preparation time ahead of the Championship Cup, which commences on 10 November.