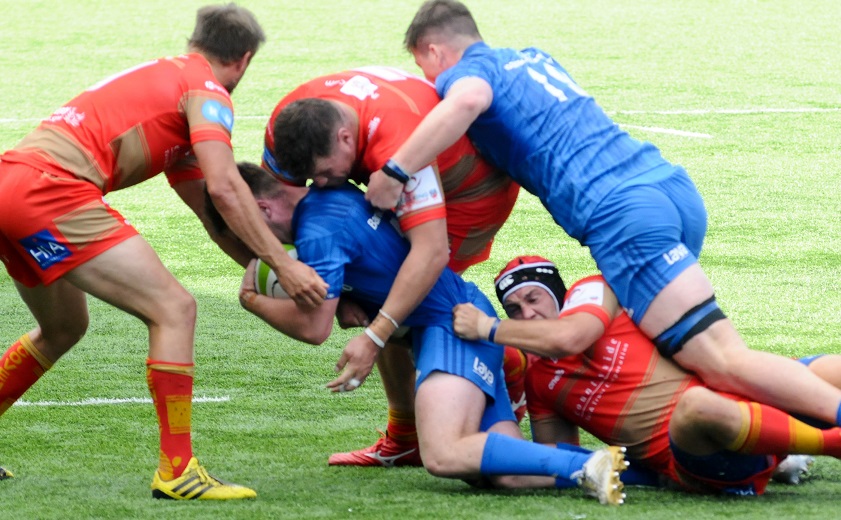 The Rugby Football Union (RFU) has confirmed that the Championship Cup tackle height trial will not continue for the knockout stages of the competition, which begin on Saturday week.

As a result, match officials will revert to the original application of Law 9.13 for the knockout fixtures. This means the definition of a high tackle moves back to above the shoulder line rather than the armpit line as trialled in the pool stages of the competition.

Data shows that the first objective of lowering tackle heights was achieved. There was a:

Despite achieving this first objective, there was an unanticipated increase in concussion risk to the tackler where contact was made above the armpit line with a bent-at-the-waist ball carrier.

Melville added: “We need to analyse the data in more detail, but our preliminary analysis has shown all of these incidents occurred when a bent-at-the-waist tackler was attempting to tackle a bent-at-the-waist ball-carrier following a short pass from the scrum-half.

“This is an area that the trial was not specifically looking to influence since the primary focus was to reduce concussion risk when ball-carrier and tackler were both upright. We will be analysing this particular situation in more detail.

“Overall this has been an extremely valuable exercise. We’ve learned a lot and tested an approach to reducing the risk of concussion in a real-life setting. We have shown that reducing tackle height is achievable and we already have useful and detailed data from the first 36 matches in this 43-game cup competition.”

The RFU is now analysing this data in more detail as it prepares a final report. This report will be taken for discussion to the World Rugby meeting in France in March.

“We want to thank all clubs, coaches, medics, management, players and fans for their support, understanding and engagement during the trial,” commented Melville.


“The RFU is constantly looking at ways to make the game safer and looks forward to taking this research to the World Rugby meeting in March and discussing ideas and challenges with other unions.

Full results will be published at a later date.