Club president Peter Rossborough presented Max Trimble with the award for Top Try Scorer of the Season, after Max scored 10 tries in 16 appearances this season taking his tally to an impressive 37 tries in 50 appearances. 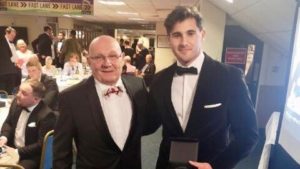 Forwards Coach Louis Deacon presented The Jim Ashby Award (Young Player of the Season) to Scott Russell who has graduated through the Development Academy pathway this season to earn a senior contract. 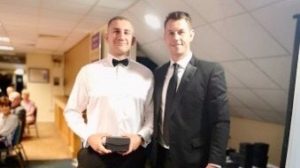 Our 381 capped, triple centurion team manager Tony Gulliver presented Will Maisey with his centurion award, having reached 100 Caps against London Irish in February this season. 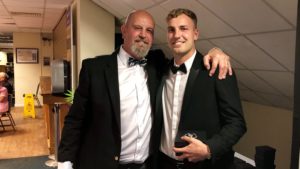 Chairman Jon Sharp then thanked the departing players and staff, presenting them with an award for their time and effort to the club.

Director of Rugby Rowland Winter acknowledged the tireless workrate and dedication of Eric Richardson as he presented the Clubman of the Season award to the Coventry Rugby stalwart. 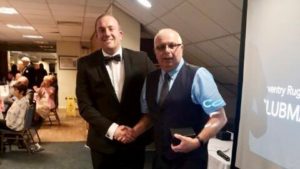 Head Coach Nick Walshe, commended the effort, commitment and professionalism of the Coaches’ Player of the Season Tony Fenner who has played in a number of positions this season and maintained excellent form before assisting the coaches with analysis and game preparation since his injury ruled him out of action. 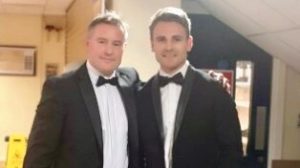 Paul Ingleston of behalf of the Coventry Rugby Supporters’ Club presented the Supporters’ Player of the Season award to George Oram, highlighting the big second rows relentless ball carrying and Cov Dog throughout the season. 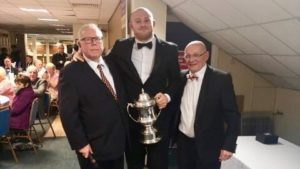 Finally, the main award of the evening was presented by Club Captain Phil Boulton and vis a video link, our special guest Ben Crowther announced back row and Tongan International Jack Ram as the Players’ Player of the Season. 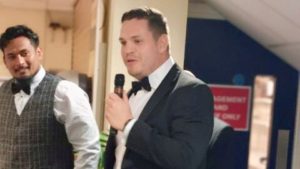 The evening finished with Jon Sharp thanking everyone who made the night special and looking forward to what promises to be an exciting 2019/20 season.