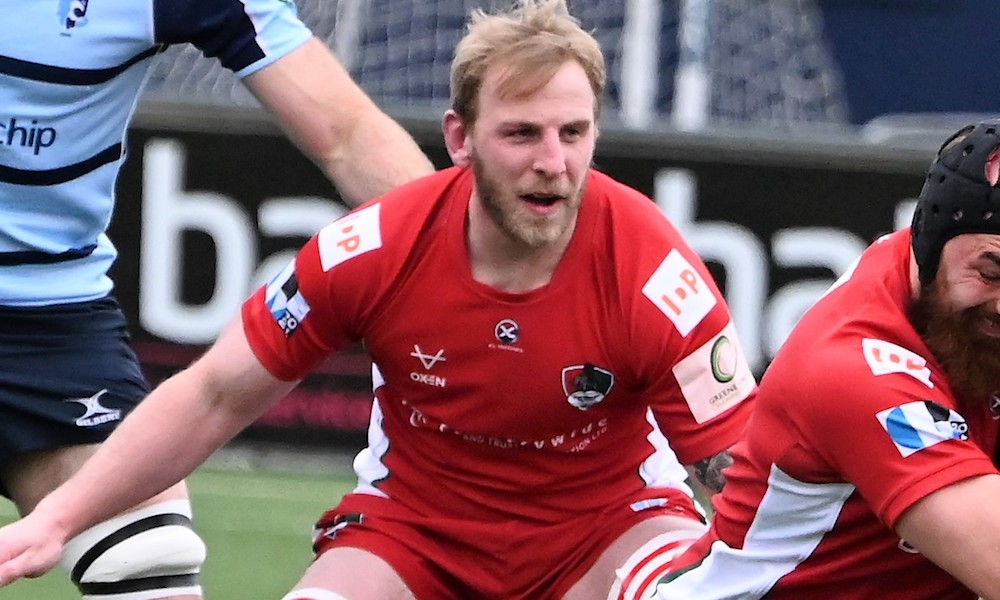 Ben Nutley has announced his retirement from rugby, saying it is the right time for him to step away from playing.

The 29-year-old flanker has spent 11 years as a first team player, making the first of his 81 appearances for Northampton Saints in an Anglo-Welsh Cup away draw at Saracens in November 2010, and his Premiership debut in a win over Gloucester at the start of the 2011/12 season.

Over the next eight seasons he would earn himself winner’s medals in the Premiership and European Challenge Cup – scoring two tries in a quarter final win at Sale – as well as multiple Premiership A Leagues.

Along the way he won England Under-20 honours, playing in the 2012 Six Nations and World Rugby Under-20 Championships.

Nutley then joined another of the Midlands’ great clubs, Coventry, in the summer of 2018, his quality and experience helping the team re-establish itself in the Greene King IPA Championship with three successive top six finishes and 46 appearances.

Nutley showed that he still has the ability to shine at this level with eye-catching contributions throughout the 2021 campaign, but he says that he wanted to bow out on his own terms.

“More than anything it’s not whether my body’s done or I’m not able to play, but I’ve reached my timeline with my career,” he said. “Covid put a lot into perspective and in a moment everything can change, and I always said that the day I wake up and don’t want to go into training is the day that it’s time for me to hang up the boots.

“A few years ago I would have said that I wanted to play until I can’t play any more. I’ve just had a little boy and I want to be able to pick him up or run around in the park with him. Physically I’ve got a lot more to give but mentally my mind had been made up.

“It’s the best job in the world, but it does take over everything you do for a long time.

“It’s been a massive part of my life but now it’s time to start a new chapter. Coaching with Luton is one of them, work’s another, and fatherhood’s another.”

Director of Rugby Rowland Winter says that while he is disappointed by Nutley’s decision he understands why he is stepping away from playing.

“We brought Ben to Coventry because he had plenty of experience and quality, and it has been great to have him at the club over the last three years,” he commented. “He has been proactive and used his time at the club to kickstart his post-rugby career and we are glad to have supported his journey on and off the pitch.

“I think the time is right for Ben to pursue his next challenge, he was open and honest with me when we had talked through the options and I understand the reasons why he has decided to stop playing now. He will always be welcome at Butts Park and on behalf of the coaches and squad I wish him the best for the future.”

Coventry Rugby Chief Executive Nick Johnston worked extensively with Nutley in his time as the Saints’ Performance Director and says that the flanker can be proud of what he achieved during his career.

“Ben put his body on the line whenever he played, right from getting a tooth knocked out on his Premiership debut as a teenager, and never let the team down,” he added. “He’s been a quality player throughout his career and was a pleasure to work with. It won’t surprise me if he goes on to be a good coach with Luton and I wish him all the best in his new career and with his family.”