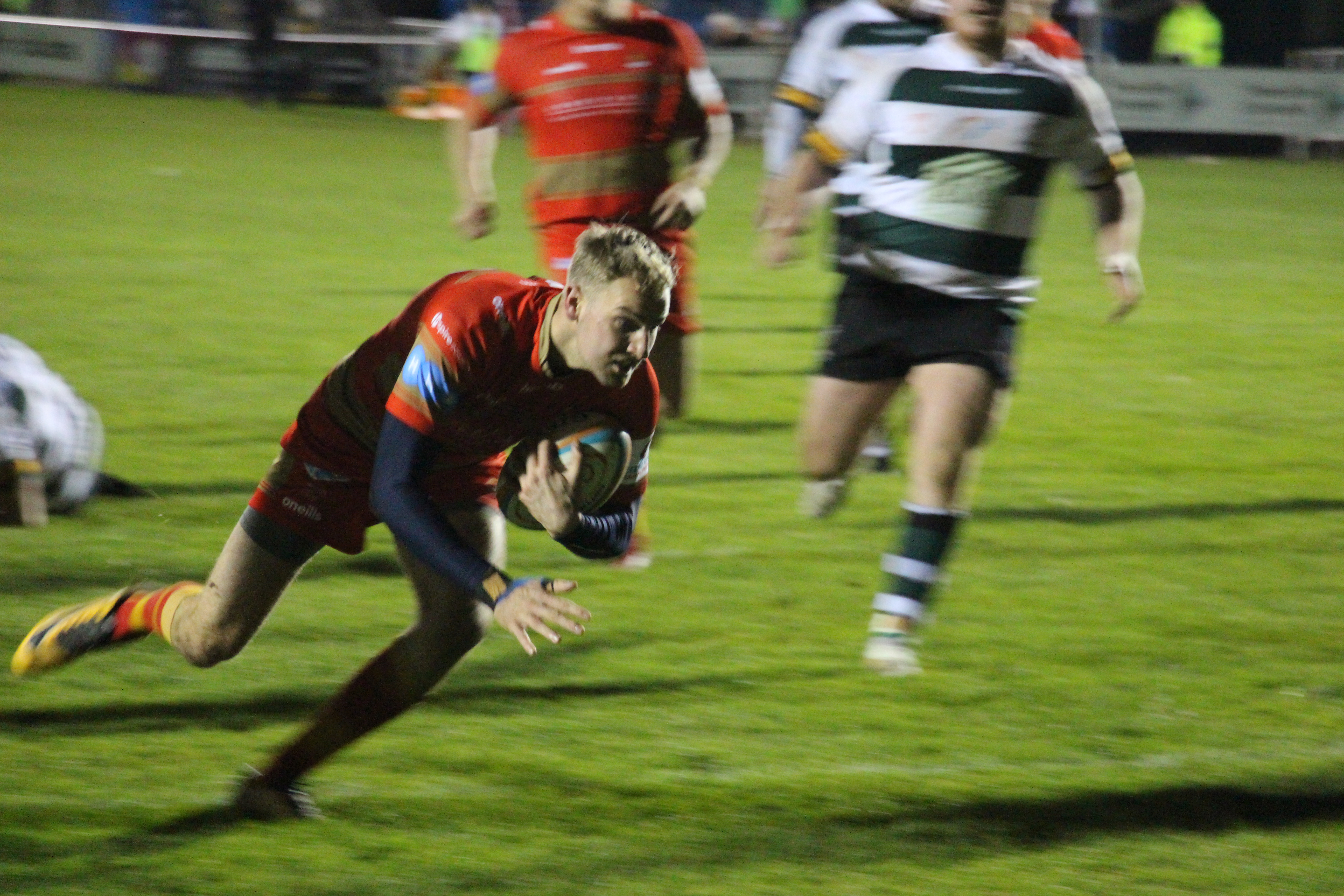 Coventry Rugby went very close, but narrowly failed to break their seasonal duck on the road after Nottingham claimed a 33-24 round four Championship Cup success at Lady Bay.

Will Maisey, Latu Makaafi, Dan Faleafa and Tom Kessell claimed tries for the visitors, to which the green-and-whites responded with three scores in the first half and two after the break.

Playing with the benefit of a gusty breeze, Cov dominated territory and possession in the early stages.

However, after Darren Dawidiuk was denied a driving lineout score for earlier obstruction, the hosts promptly marched play to the other end where Will Owen claimed the opening score.

The former Wasps academy flanker was on Charlie Thacker’s shoulder when the dual-registered Leicester centre broke a tackle following a lineout.

A sequence of penalties put play deep in the Cov 22, from where the home skipper placed a delicate grubber in the path of centre Joe Cobden who completed the touchdown.

A good spell of continuity enabled Cov to get on the board just before the half-hour mark. The visitors retained possession through multiple phases before Will Maisey stepped his way between the home posts for a try which he also converted.

But frustratingly from a blue-and-white perspective, Nottingham winger Toby Williams almost immediately broke a first-up tackle in midfield and raced 40 metres to the posts for a try which Veenendaal converted.

Cov struck back for a second time a few minutes later, when a lineout drive was finished off by Latu Makaafi and Maisey added the upgrade.

James Stokes then broke 60 metre down the right, but was unable to locate his support inside the home 22, and it was the visitors who ended the half very much in the ascendancy.

A series of scrums under the home posts saw home loose head James Penman sin-binned, but despite being a man light, the hosts kept their line intact. 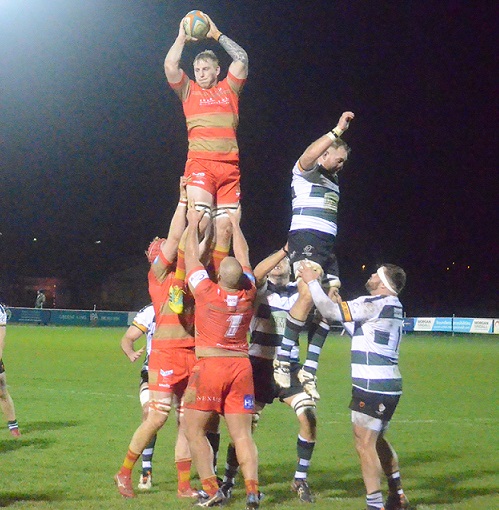 This left Nottingham with a 19-14 interval advantage, which a powerful thrust from Jack Ram threatened to erase soon after the restart.

As the visitors’ forwards continued to press hard, Nottingham again conceded a series of penalties in their own 22, which eventually saw hooker Jake Farnworth invited to take the seat in the sin bin which Penman had just vacated.

However, again the visitors were denied, and after a relieving penalty took the hosts to halfway. A slick piece of interplay eventually then enabled No.8 Jordan Coghlan to go over for their bonus point score.

After Veenendaal converted, Cov immediately closed the gap when replacement Dan Faleafa claimed their third try after a powerful midfield break, and better followed as Tom Kessell sniped over for the visitors’ bonus point score, which also reduced the home lead to two points.

But Cov then lost replacement scrum half Will Flinn to the sinbin, after which Nottingham drove Farnworth over for their match-clinching fifth try, converted by Veenendaal.

And the home side again denied Cov’s forwards from close range to prevent them claiming a second bonus point at the death.