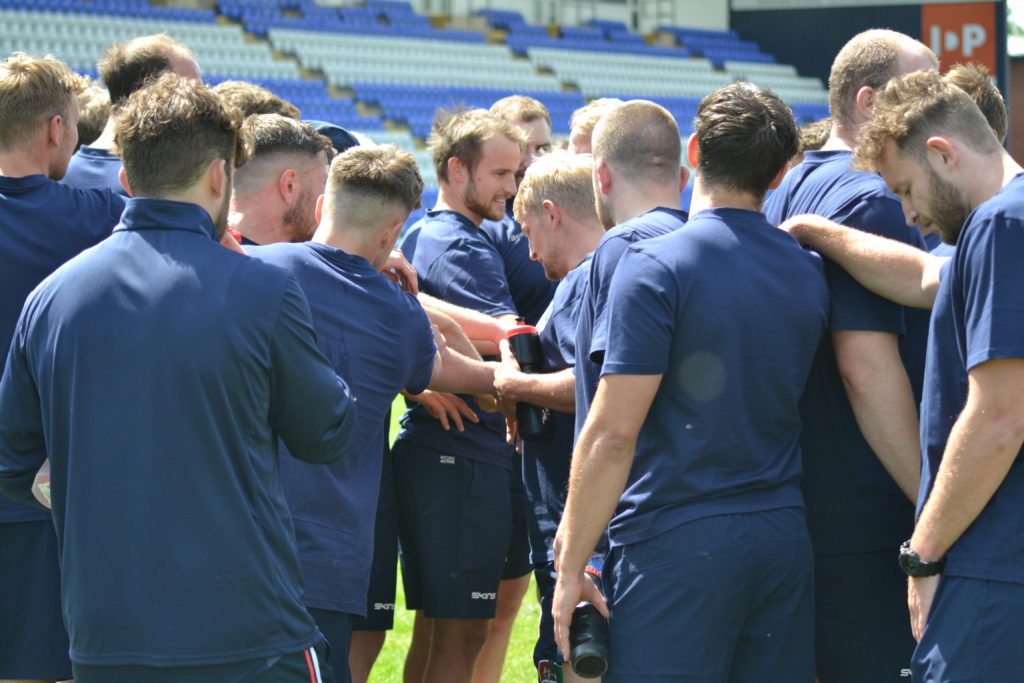 Coventry Rugby’s players are back at Butts Park Arena next week to begin their pre-season training – here’s a reminder of the new faces we’ll see in the squad.

ANTHONY ALLEN Defence Coach Joining from Leicester, Allen coached the Tigers’ Under-18s to back-to-back Premiership Rugby Academies League titles in 2018 and 2019. The former England international centre has been coaching at Welford Road since he retired from playing in 2015

JOE BUCKLE Hooker Buckle, 26, arrives from Yorkshire Carnegie and has over 100 Championship appearances under his belt with both the Headingley outfit and previous clubs Jersey Reds and Cornish Pirates

RYAN BURROWS Back row Thirty-one year-old Burrows brings plenty of experience with him from Newcastle Falcons, for whom he played in both the Premiership and Champions Cup in 2018/19. Burrows also played nearly 150 times for Yorkshire Carnegie, who he captained to a Championship final appearance. Burrows has also been short-listed for the Championship Player of the Season

GARETH DENMAN Prop The tighthead brings plenty of experience with him following spells in the Premiership with Northampton – who he helped win a Premiership and European Challenge Cup double in 2014 – and Gloucester. Denman, 28, represented England against the Barbarians in May 2015

WILL FLINN Scrum-half Flinn, 21, steps up from the Development Academy into the first team. He is a graduate of Bath University and represented Bath in the Premiership Shield before joining Coventry

RORY JENNINGS Fly half Jennings has spent the past season at London Scottish, who he joined after coming through the Bath Academy. Now 23, Jennings played nine times for England Under-20, including in the 2015 World Rugby Under-20 Championship final against New Zealand

DAN LEWIS Fly half Twenty-three year-old Lewis is going into his second season at Butts Park Arena after signing a full contract. He arrived in the West Midlands from North Otago, having previously played for Bedford and Cambridge

SENITIKI NAYOLO Back row Born in Fiji, the 28-year-old has been building his experience since moving to the UK to join the British Army in 2013. He is joining Coventry from Edinburgh, having also previously spent two years at London Irish

SCOTT RUSSELL Second row Russell returned to the Midlands after graduating from Bath University last summer. The 22-year-old former Leicester Academy player is stepping from the the Development Academy into the first team squad

STAN SOUTH Second row The 22-year-old brings strong pedigree with him from Harlequins. A 2016 World Rugby Under-20 Championship winner with England, South was short-listed for the 2018 Anglo-Welsh Cup Breakthrough Player of the Season

Season Tickets are selling quickly, and there is now a limited time to make the most of Early Bird prices before they go up at the start of June!

A Season Ticket is the cheapest pro-rata way of watching Coventry Rugby next season, with adult prices starting at just £12 per game. Other benefits include entry into every scheduled home Championship and Championship Cup match, free entry into all home Development and Under-18 matches, and discounted priority booking for any additional first team matches.

Cov Juniors memberships give supporters aged 16 and under entry into every home game for just £25, along with plenty of other benefits!

Email jhill@coventryrugby.co.uk(include a daytime phone number so we can call you back)

Visit the Butts Park Arena in person during office hours