Narrow loss for Development side

COVENTRY Development went down to a narrow 24-17 defeat in their Zoo Sports Shield game against Barnes 2nd.

Both sides scored three tries in a closely-fought game at Broadstreet which was ultimately decided by kicks.

Cov led 12-10 at half-time, winger James Neal opening the scoring with a converted try in the corner after good work from the pack and hooker Willie Priestley adding a second from a well-worked driving line-out after Barnes had responded with a penalty and converted try from a midfield scrum.

The home side had enjoyed plenty of possession in the first half but came up against a solid defence, and Barnes struck twice after the break with converted trues from a kick-and-chase and then a charge down to open up a 24-12 lead.

Neal (pictured) reduced the deficit with his second try, following strong work by Louis Roach, but despite spending the last ten minutes inside the opposition 22, Cov were unable to add to their score, losing the ball when over the line on one occasion. 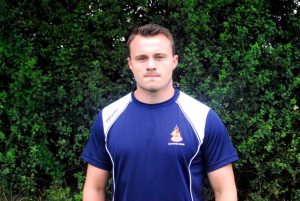