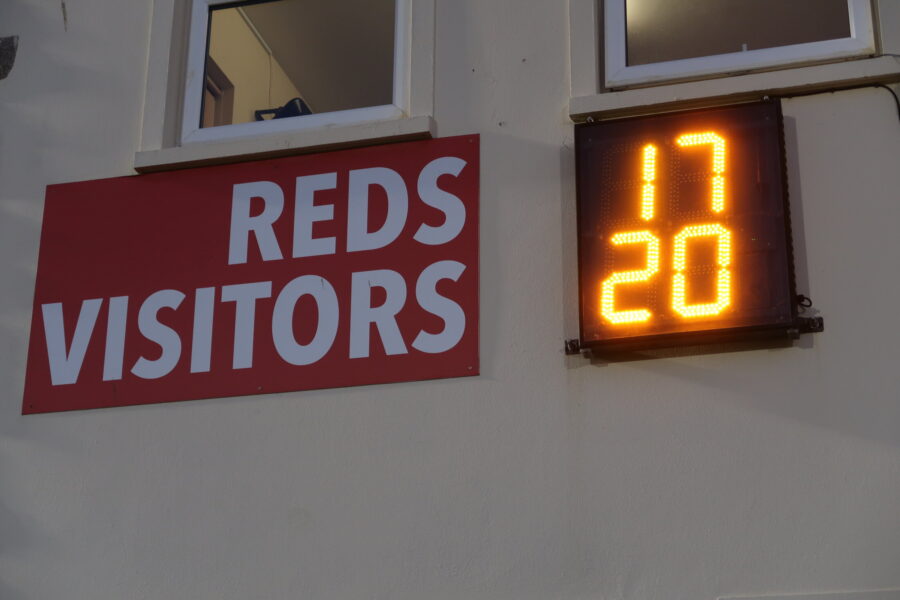 On a stunning night in Jersey, with the small matter of a Cup Final on the line, both Coventry and the Jersey Reds began with a sense of optimism and excitement for what could be.

Contrary to the wishes of the home crowd that had gathered at the Stade Santander International, it was Coventry that began the game far quicker in comparison to the hosts. With a mere 4 minutes on the clock, the first score took place. With a penalty advantage for illegally stopping our driving maul; Josh Barton, making his return to the side, spotted a gap in midfield before feeding Senitiki Nayalo to storm under the sticks. Fenner happily added the extras. (0-7)

Roughly 7 minutes later on the 11 minute mark, the Cov Fans that had managed to book a flight to the Island on short notice, just about dared to dream. Jersey were caught offside on their 22m line, giving the Coventry driving maul a chance to get going. It seemed that the home side had done enough to stop the drive, but captain Jordon Poole took advantage of the smallest of gaps to crash his way over. Fenner again landed the conversion from 22m out and 15m in on the left. (0-14)

With nearly a quarter of the game gone, things got even better for Cov. A good mix of composure and pressure in the right parts of the field put us in Jersey territory. The home side were penalised for not rolling away at the break down, which Fenner turned in to 3 points with a kick that you’d rarely see him miss. (0-17)

The game quietened down as it had to at some point. Another inevitable action was that Jersey, being the strong side they are, would come back in to the contest. Getting joy at scrum time and from their own driving maul, Jersey built some pressure which eventually resulted in a maul try scored by Wes White. Brendan Cope converted just 5 minutes before the break and the hosts where very much back in the game. (7-17)

As the second period got underway, it was clear just how vital the first score of the half would be. Both sides looked desperate for it. As desperate attack met desperate defence; Jersey broke in midfield before Senitiki Nayalo was penalised for a high tackle and sent to the bin for 10 minutes.

Despite almost constant Jersey pressure, the 14 men of Coventry, which later returned to its full compliment, did not waver from their defensive task. Having kept the hosts out for 30 minutes of the second half, it was Cov that secured those crucial first points. A monster penalty from Tony Fenner from some way out… turned out to be quite important in the end. (7-20)

With no more than 4 minutes left on the clock, the hosts decided to make things very interesting and simultaneously increase the blood pressure of all those supporting the team in blue and white. Another driving maul on the left hand side led to a Jersey score, however Cope missed the conversion. (12-20)

A frantic last 90 seconds was to follow, as Jersey threw caution to the wind with all out attack. With Cov stretched, Jersey swung the ball out wide to dot down once more. A loud home cheer, and a missed drop-goal style conversion turned to quiet as the referee responded with his final whistle. The Cov lads celebrated with a mix of exhaustion, elation and out right relief as all their efforts had not been wasted. With a final score of 17-20, Coventry became Championship Cup finalists and will face either Ealing Trailfinders or the Cornish Pirates in the last weekend of the season.