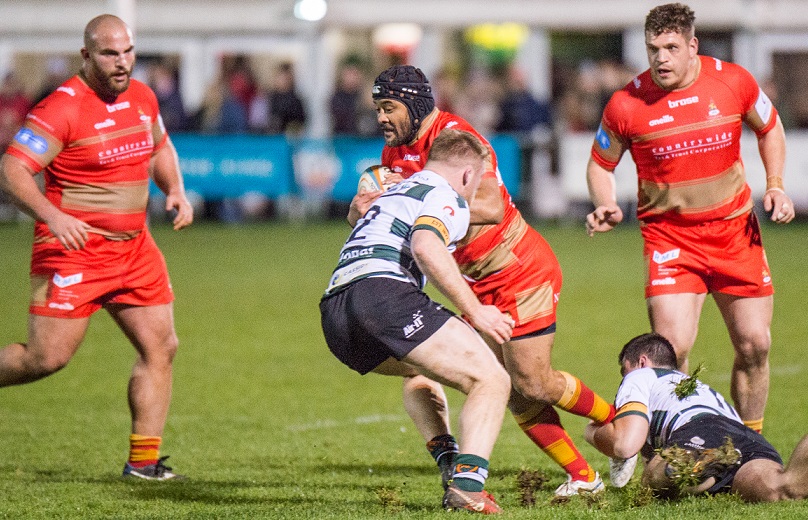 The former All Black centre partners Rob Knox in midfield as Cov seek their first home and away Greene King IPA Championship double of the season.

The Blue-and-Whites’ coaching group have named the half-back pairing that finished last week’s win over Richmond as their starting combination, which means Tom Kessell and Will Maisey replace the injured Pete White (knee) and Dan Lewis (ankle).

In the back three David Halaifonua and on-loan Northampton Saint Tom Emery swap shirts, while Junior Bulumakau gets the nod on the right wing after completing his latest British Army duties.

In the back-row Adam Peters claims the No.6 shirt, alongside the in-form Ben Nutley and Tongan No.8 Dan Faleafa who rotates with Ben Adams.

The former Australia sevens representative is joined among the replacements by fit-again loose head James Gibbons while young scrum half Will Flinn also gets a chance to impress.

“Scottish on a Friday night is a tough challenge but also an opportunity for us to get that first away win.

“Since they’re only a few points behind us in the table a win would also extend that gap while getting us a bit closer to Nottingham in sixth.

“No promoted team has finished above ninth in over a decade. Our target now is to finish in the top half which not many gave us a chance of doing at the start of the season.

“It’s a short turnaround this week, but the boys are really looking forward to facing Scottish after a game at Butts Park earlier in the season where both sides scored plenty of tries.”