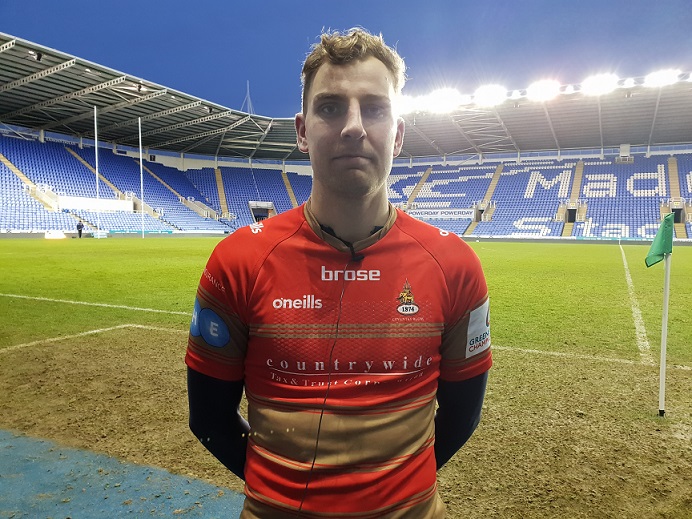 Will Maisey played his 100th Cov game against London Irish

“Today was a massive disappointment really.

“In the last 20 minutes we played with a bit of intensity and tempo and were able to break them down even with Dan Lewis having to defend at full back and attack at scrum half.

“It was tough work for him and we still managed to score a try which just showed what we can do but unfortunately we didn’t do it enough today.”