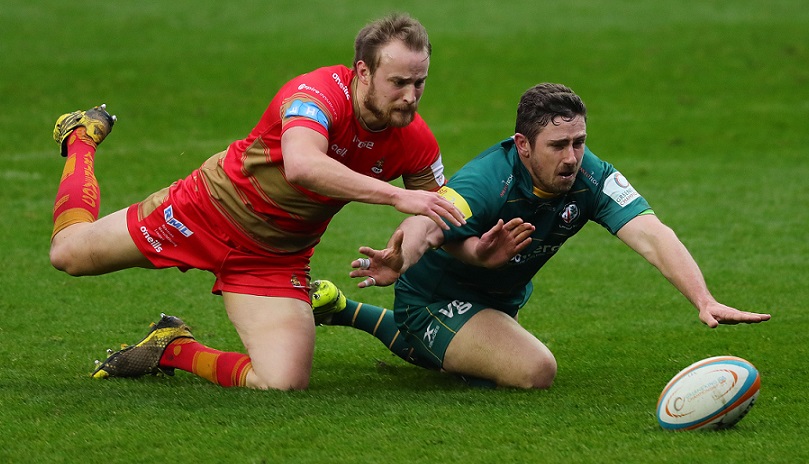 Having lost George Oram and Scott Russell to illness in the week, Phil Boulton was struck down overnight and his replacement Josh McNulty injured in the warm-up which meant Donald Brighouse saw a full 80 minutes of action at tight head.

Trailing 19-3 at the break having conceded twice in the closing ten minutes of the first half, Cov went on to claim three of the eight touchdowns recorded in a breathless second spell and narrowly fail to record a try bonus point.

Along with Nottingham and Bedford’s wins over Doncaster and London Scottish this leaves Cov in seventh position in the table ahead of Richmond’s round 16 visit to the Butts Park Arena in two weeks’ time.

The hosts got off to the best possible start when their newly-signed Irish international fly half Ian Keatley dummied his way over for a try which he also converted.

The visitors responded with a good spell of pressure, but when their attack broke down midway into Irish territory it required some superb scramble defence from Tom Kessell to prevent the home side claiming a kick-and-chase try at the other end.

Cov gave as good as they got through the remainder of the opening quarter, which largely took place between the two 22-metre lines, until Dan Lewis kicked his first Championship points from 25 metres after Irish infringed at a lineout.

After a lengthy delay for an injury to Keatley, Irish pinned the visitors in their own 22 from where scrum half Brendan McKibbin pounced from close range for a try which replacement Jacob Atkins improved.

The hosts then upped the tempo and attacked down the Cov left and when Tom Jubb failed to retreat ten metres from a quickly-tapped penalty he was shown a yellow card.

Worse followed from a Cov perspective as Irish kicked to the corner and drove hooker Dave Porecki over for their third try.

Half-time then arrived immediately after some good defence from the visitors prevented home skipper Josh McNally taking advantage of No.8 Matt Rogerson’s break. 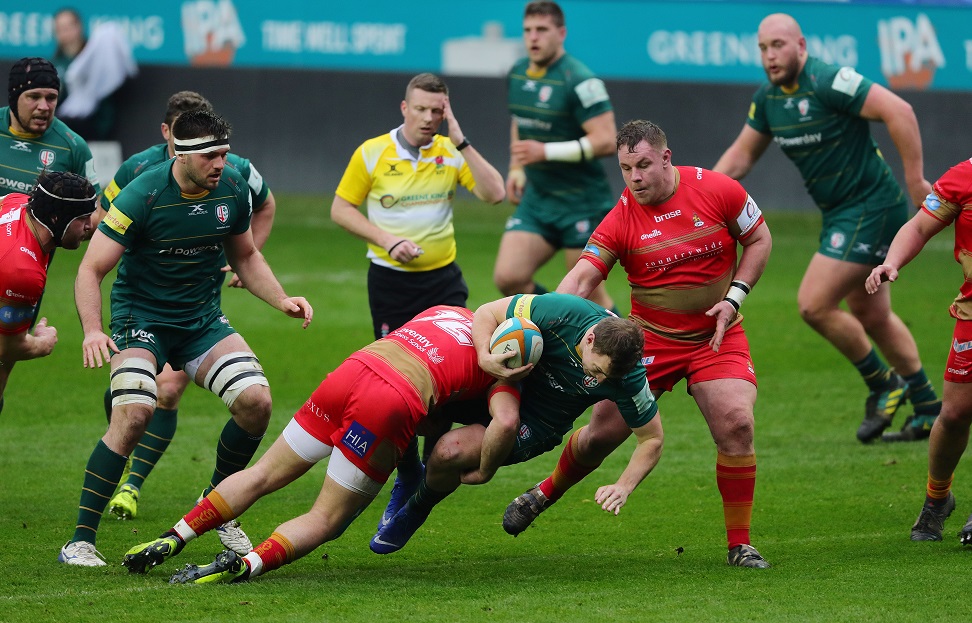 However, the promotion-chasing Exiles banked a try bonus point early in the second half when winger Ollie Hassell-Collins was left with the simplest of run-ins by Atkins’ perfectly-weighted kick pass.

Some neat interplay among the home backs then ended with flanker Albert Tuisue cutting a powerful line to the posts for a try which Atkins converted.

After a raft of replacements arrived to bolster the Cov ranks, the visitors’ hopes received a further boost when home flanker TJ Ioane was shown a yellow card for taking out Pete White.

And this provided the trigger for the visitors to claim two excellent tries in a five-minute purple patch, both of which were converted by Lewis.

The first of these was finished by Jubb, after Cov kept possession through multiple phases in the home 22, then White’s scorching 40 metre break was continued by debutant Gerard Ellis and finished by Scott Tolmie.

The pace was now frenetic, and the home side promptly swept to the other end where Hassell-Collins then former Wasps centre Brendan Macken quickly followed each other into the same corner for scores which were both superbly converted from the touchline by Atkins.

Cov claimed the best try of the match five minutes from time when Sam Tuitupou broke from his own 22 and found the supporting White who held off the chasing defenders to race over from the halfway line.

But Irish had the last word through Atkins’ conversion of veteran winger Topsy Ojo’s touchdown which came at the end of a flowing move and took the score past 50.