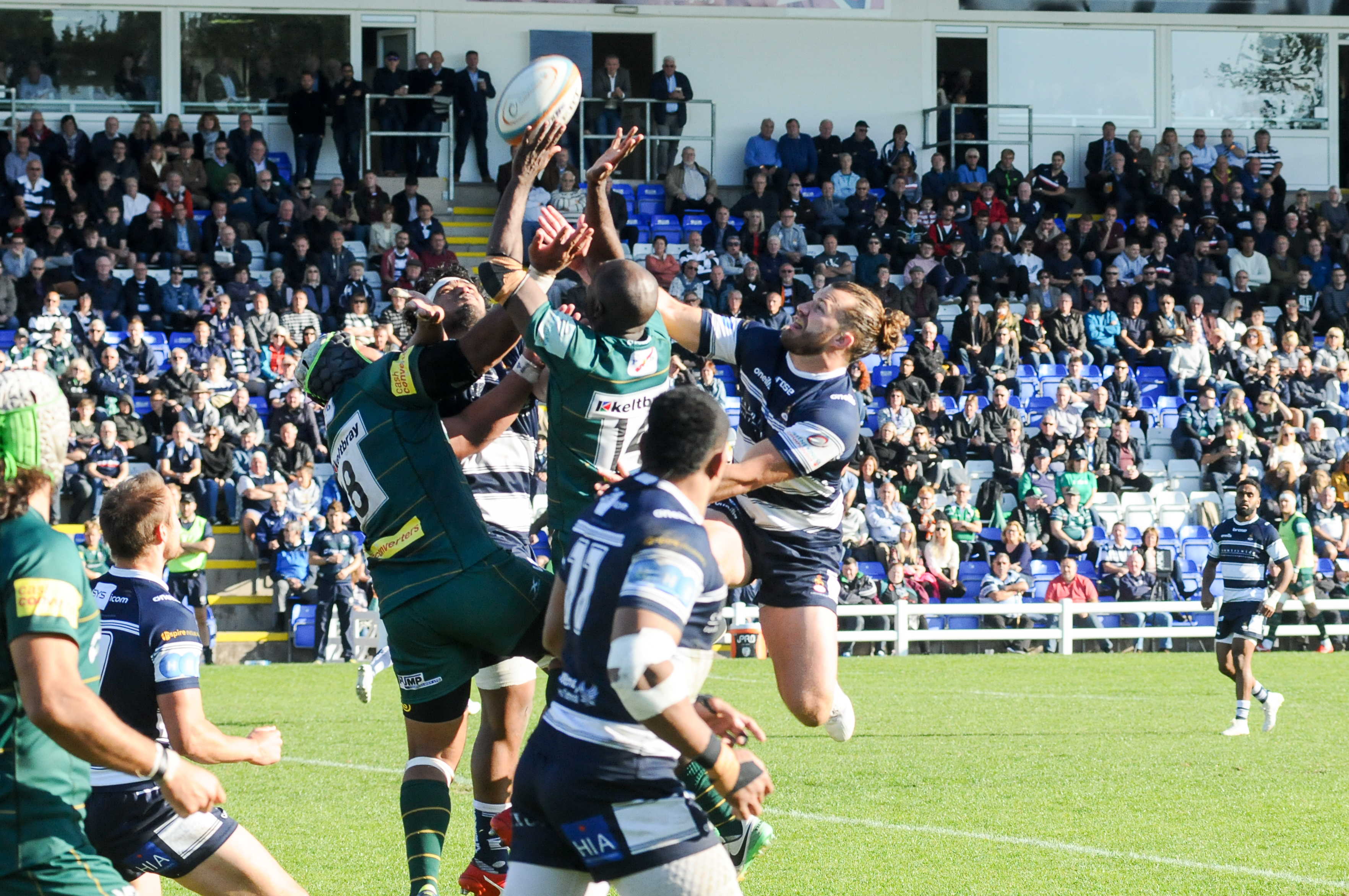 Having come agonisingly close to claiming their elusive first away win of the season last Saturday, Cov face another big test of their credentials this weekend.

London Irish await in the quarter-final stage of the new Greene King IPA Championship Cup, with the match being staged at the Madejski Stadium in Reading, a new venue for Coventry.

Barely has the dust settled upon the exploits at Bedford than Cov find themselves facing London Irish twice in 13 days – on Sunday then, after a home clash with Hartpury, a fortnight later in the league.

Seeking that first away win at the Madejski is really the ultimate test since London Irish have a 100 per cent record there since their relegation at the end of last season.

Ironically from a Coventry perspective, given last weekend’s remarkable events at Bedford, the side who have come closest to lowering Irish’s colours there, on two occasions, have been the self-same Blues.

In addition, the Blue-and-Whites can take a great deal of pride from the closeness of the league defeat suffered when the Exiles visited the Butts Park back in September.

‘’One of their performances of the season,’’ was the description used by Cov’s next hosts to describe their 27 -3 win over Jersey Reds last Sunday; the Reds being the only side to have previously downed the Irish earlier in the season at St.Peter’s in the league.

Looking back at the earlier Championship Cup pool rounds, London Irish did lose away at Cornish Pirates, but Hartpury and Bedford were both defeated twice, their home win over the Pirates completing the group stage.

A squad of considerable depth and quality are overseen by highly experienced director of rugby, Declan Kidney and head coach Les Kiss.

Of the three original exiles sides established in the capital, the London Irish club was formed in 1898, a few years after their Scottish and Welsh counterparts.

Their home venue for many decades was at Sunbury on Thames, the venue for the play-off with Cov at the end of the 1996/97 season. During war years, the club did become slightly nomadic, with some ground sharing, before returning to Sunbury.

Subsequently in more recent times, following their original promotion to the Premiership, home matches have been played at Reading.

It will take a very significant performance from Cov to lower their hosts’ colours on Sunday, if the semi-final stage of this new competition is to be reached.

Many will no doubt argue, with every justification, that the Coventry players have little to lose. Defensively, it will certainly require tighter control than that achieved overall in the ‘’try fest’’ at Bedford, but in all other aspects of their game confidence shone through brilliantly and that can certainly be carried forward.

Departure time for the Supporters’ Club coach from the BPA is 11.30am, bookings being taken up to 1pm on Friday via CRSC1874@gmail.com