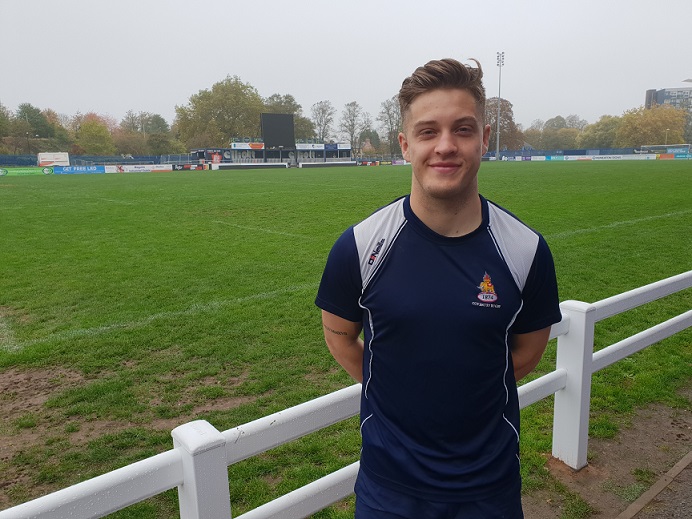 Sparked by a Dan Lewis hat-trick and a brace from Junior Bulumakau, Coventry Nighthawks claimed an impressive 38-22 win over London Irish A at the Exiles’ Hazelwood training centre.

The visitors added a sixth try through Rob Knox, to which their hosts responded four times, but, as Lewis noted, for a Coventry squad building towards this weekend’s trip to top-of-the-table Ealing, the performance and result provided a significant boost.

“Our energy was really good,” the centre said. “We were very focused on putting together a strong performance away from home and maintaining it through the 80 minutes regardless of substitutions.

“Our defence was really good, and we did the right things on a consistent basis throughout.”

Knox, who was wearing the No.13 shirt, got Cov off to a flying start but taking advantage of Kailus Hutchinson’s neat offload to race to the corner.

Will Maisey’s conversion struck the post, but with their front row finding favour with the referee, the visitors claimed a second try just past the half hour mark when Lewis intercepted Greg Tonks’ looping pass on halfway and darted 40 metres to the line.

The centre converted his own score, after which the home side opened their account shortly before the break through scrum half Steele, who battled his way into the corner.

The visitors’ pack shunted their way over the Cov line for a second touchdown soon after the restart, only for Bulumakau to grab his first score, converted by Maisey, after Irish turned possession over in midfield.

A see-saw third quarter then brought another home try – finished with some neat footwork by Jack Cooke – before Cov hit the hosts with a rapid-fire double.

Lewis claimed the first of these, after charging down Jacob Atkins’ kick and hacking through, after which Bulumakau grabbed his second score to extend the visitors’ advantage to 18 points.

Cov’s recent signing then completed his three-timer ten minutes from time, and added the extras, before Brandon Baker crashed over for a try which Reuben Knight converted with the last play of the contest.