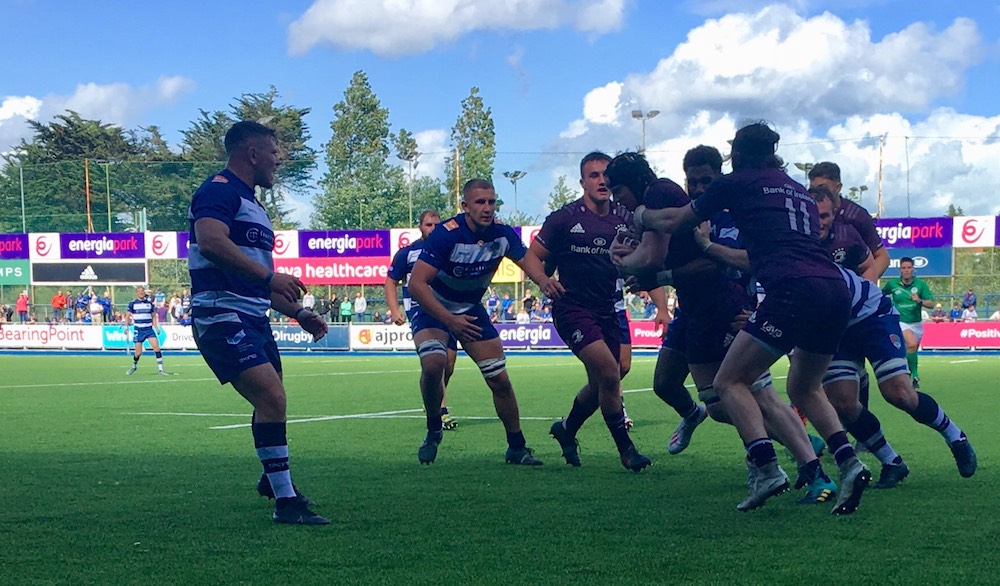 Leinster showed their strength in depth in the opening pre-season warm-up game against Coventry Rugby.

The reigning Pro 14 champions and 2019 Champions Cup finalists may have been without their Irish World Cup contingent, but the Dublin production line showed that it is far from slowing down in the amount of talent coming through.

The hosts scored in the 15th minute through Vakh Abdaladze, the prop going over from close range. Nine minutes later Leinster were in control, Josh Murphy and Adam Byrne both getting on the scoreboard, and when Henry Byrne rounded off his personal performance with a try to add to a perfect first half record off the tee after 32 minutes the Dubliners had a 28-point lead.

James Stokes scored a minute before the break, Will Maisey adding the extras, and Junior Bulumakau and Dan Lewis both dotted down for unconverted tries within three second half minutes of each other.

But by then Abdaladze had a second, Max Deegan had also scored, and Leinster’s grip on the result continued.

The 24 minutes following Lewis’s effort was the longest single period without a point as both sets of coaches used their replacements, and when Leinster finished things off with an unconverted Ronan Watters effort they headed off the field as 47-17 winners.

Coventry Rugby now head to Birmingham Moseley (Friday) and Blackheath (Saturday) in the next weekend of pre-season matches.