JOHN BUTLER COLUMN: The long wait is almost over 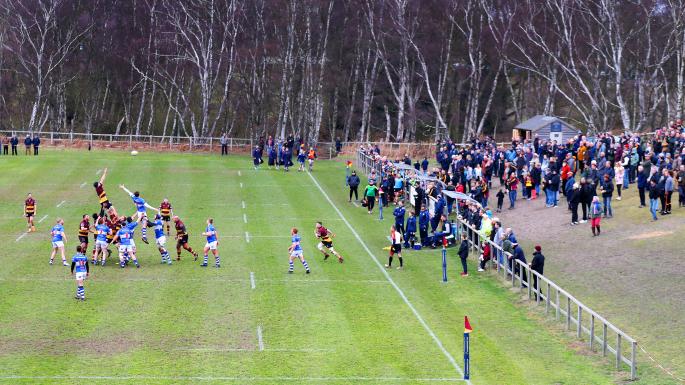 Without doubt, the close season just finishing has been, by far, the longest current Championship and Premiership clubs have experienced before returning to action, the delay due to the impending World.

For Coventry Rugby it all begins again on Saturday, with the squad travelling to Ampthill for the first ever Cup match between the two clubs.

The Rugby Football Union introduced cup matches into the schedule some 48 years ago, and for many seasons it was Cov who featured in the highest cumulative number of them being played. Indeed last season saw Coventry Rugby hit the century mark in overall matches played in domestic cups in England.

Stats wise, the club’s cup record for the biggest winning margin dates all the way back to season 1997/98, when Sheffield were beaten 83-19 in the old Tetley’s Bitter Cup at Coundon Road.

The RFU Championship Cup made its debut last season, with the Blue and Whites succeeding in reaching the knock out stage before finally falling to eventual finalists, London Irish in Reading.

This season not only sees a much later start to the action, it is also giving clubs the opportunity to really have an in-depth look at their squad in a competitive match situation before league action begins in mid-October.

Championship newcomers Ampthill have certainly been active in their close season recruitment. Their squad under Head Coach Paul Turner had previously been based on experience, including Premiership, Championship and international players such as Soane Tonga’uiha, Aleki Lutui and Ma’ama Molitika.

Ampthill has brought in the likes of Dave Ward (former Harlequins, Northampton and Cornish Pirates) and Darryl Veenendaal (former Bedford and Nottingham) as player/coaches, along with a number of other players from across the country. However only time will tell whether or not they have the real strength in depth to cope with the rigours of Championship rugby right through to next May.

Director of Rugby Rowland Winter and his coaching team will certainly be aware of the dangers Saturday’s visit to Dillingham Park poses. The hosts, looking to make a positive start to life at their new level, will pose a very serious threat and will still be on the high of a National League One season which included 23 wins from 30 matches, 21 try-scoring bonus points, nearly 1,000 points scored, and a challenging campaign that went down to virtually the final weekend.

On the home front, after August’s defeat away at Leinster the rest of the pre-season matches saw some positive squad-building performances, all away from home. The final factor alone could be a key point, with the current squad certainly looking to put together a string of positive performances away from the Butts Park Arena.

The Coventry squad to travel south to Bedfordshire will not be announced until Friday lunchtime.

The waiting then is almost over.  Cup rugby takes centre stage in the opening three weeks, and Coventry will certainly looking to begin the campaign with real positivity.

The hard-working Supporters’ Club are also again in action, with a coach due to leave the Butts Park Arena at 11.45am. Bookings must be made in advance and by Friday lunchtime at the latest.