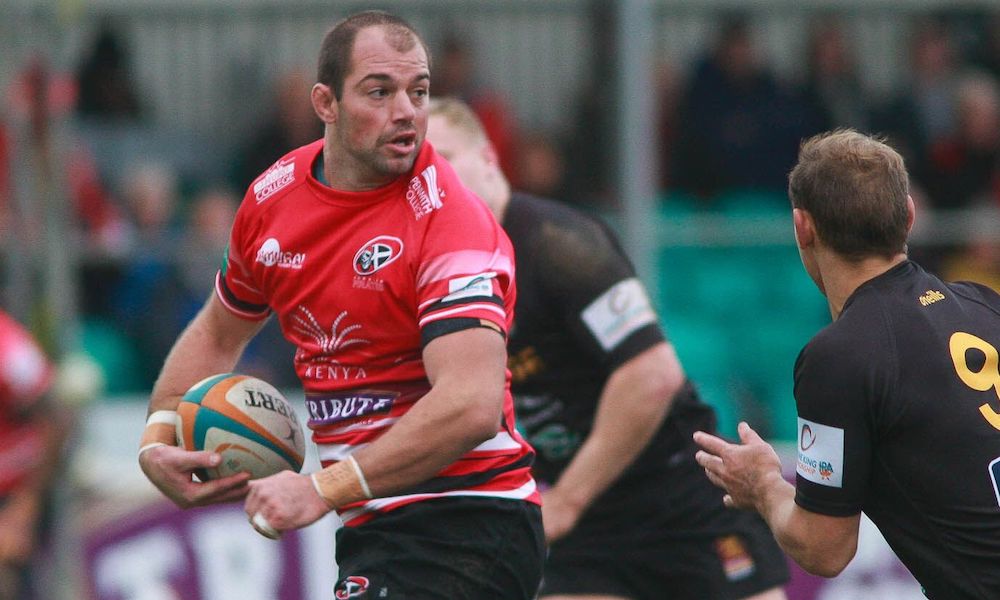 We head into February this weekend, and with a shade over three months of the current season still to go there is much still to play for from a Coventry Rugby perspective.

First things first though. Consecutive away defeats, both lost with the last kick of the game, have been a real disappointment to take on board, whether it be from a playing or supporting point of view.

With all that behind them, the Coventry squad now come up against one of the stiffest tests they are likely to face at Butts Park before the season does reach its conclusion.

Both Ealing and Newcastle are still to visit, but this weekend Cornish Pirates make the long journey up from the South West as the current second-placed team in the Greene King IPA Championship table.

The Pirates have enjoyed some impressive results so far, interspersed with the occasional surprise one. The men from the Duchy have already notched up four away league wins on their travels and will certainly be in no mood to concede any ground, particularly with the chasing Ealing Trailfinders just two points behind.

Pirates’ last league defeat came back away at London Scottish by just a single point at the end of November, while overall they have enjoyed away league wins at Doncaster Knights, Nottingham, Hartpury and Jersey Reds.

With Cov therefore looking to put behind them some inconsistent performances since the turn of the year, all the signs are it will be a very tight and exciting encounter on Saturday.

Coventry supporters will be able to recall the pulsating encounter last season at the BPA. A home win that afternoon featured in particular two tries from Scott Tolmie, the win finally being secured thanks to Tony Fenner’s last-gasp conversion.

In charge of affairs at the Mennaye Field is New Zealander Chris Stirling, who returned to Cornwall in the close season following the much-published demise of Yorkshire Carnegie, with a number of the Carnegie squad joining him. Under Stirling are the two very successful joint coaches in Alan Paver and Gavin Cattle, who were both appointed together to their role back in 2016.

Player-wise, the only direct link between the two squads is Cov’s scrum half Tom Kessell, who began his long association in the game with the Pirates, before moving to Northampton Saints and subsequently here at Cov.

It might come as a surprise to some supporters to learn that Coventry and the then-Penzance & Newlyn club did not meet for the first time until 2003/4. A very detailed trawl through the records going back to the Second World War has confirmed that fact, even though Cov did make the occasional trip down to elsewhere in the South West on Easter tours. To date there have been just 16 games played, the Cornish Pirates holding a big lead of 13 -3 in wins.

Penzance & Newlyn, who had been linked together as clubs since 1945, became the Cornish Pirates in 2005. Their most successful period came during Stirling’s previous time at the helm when they won the 2010 British and Irish Cup and reached the 2011 Championship play-off final against Worcester.

Off the field the Pirates remain as ambitious as ever, and it looks like the long-standing saga of the Stadium for Cornwall could be reaching a successful end, with the land acquired and much of the funding in place.

This weekend’s meeting is also a prelude to two still to take place with the Pirates in Cornwall, with the sides also having been drawn in the Championship Cup quarter finals, with the return league meeting coming at the end of the season.

Before then a good home performance and win in front of a supportive home crowd must key objectives this Saturday.

Half-time – Kicking competition on the pitch with Purity Ale

Post-match – Live music in the Jon Sharp Bar from Gdansk

Book your match tickets now to save cash and beat any match day queues!