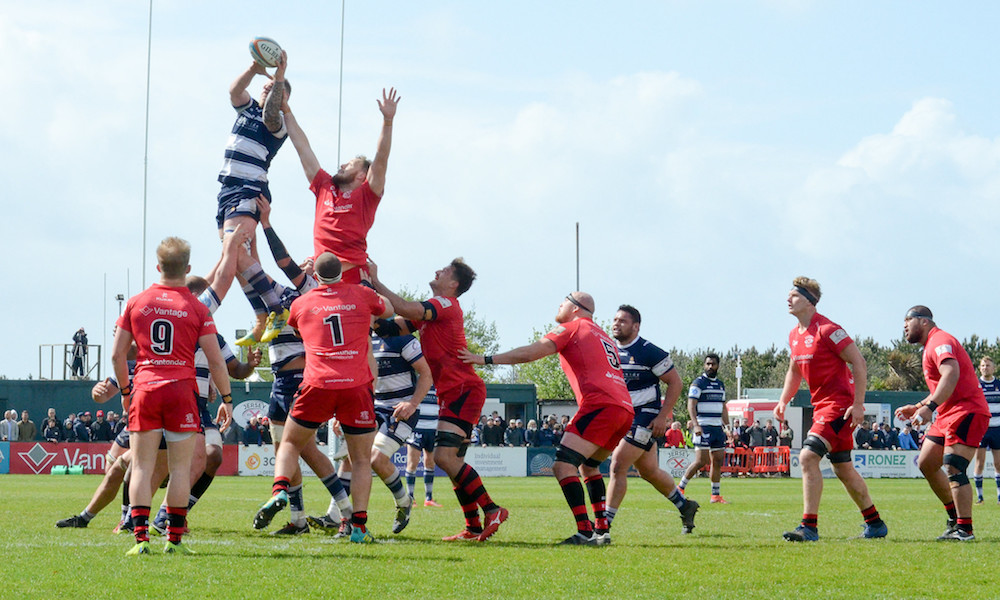 Coventry literally do take over where they left off six months ago when they begin the Championship season with a visit to the Stade Santander International.

Looking back to that exciting afternoon in late April, the throngs of Coventry supporters were thrilled at the outcome as they saw their favourites record a first ever league win at the Channel Islands venue.

Last season, Cov were made to wait until the penultimate game of the season before recording an away win. This time round, that particular statistic has already been put to bed, and a fourth successive away win in league and cup is sought this coming weekend.

Having finished third in last season’s Championship, Jersey have enjoyed mixed fortunes both pre-season and in the Championship Cup.

The summer included a trail-blazing trip to Moscow to take on the Russian national XV, a game which Jersey won 35-22. This was followed by a home loss to Scarlets before a Cup campaign that has seen the Reds lose at home to Newcastle, beat Hartpury and then lose last Saturday to Doncaster in a tight finish at Castle Park.

In terms of previous meetings, the history of league encounters between the Reds and Cov is pretty recent.

Backtrack some 60 plus years first though and records show Coventry being invited over twice to the island for Jersey celebration matches in 1955/56 and 1958/59. On both occasions Cov won by handsome margins

Fast forward to season 2011/12, with Jersey’s rapid rise through the league system bringing two matches in National League One. Jersey won both of those, 29-3 at home and 37-13 in the return at the Butts Park Arena.

With Jersey promoted at the end of that season, there was then a gap of seven seasons to 12 months ago, with the Blue and Whites having themselves re-joined the Championship.

It was to prove to be Coventry’s turn for the double. With the first meeting again being on the opening League day, the margin at the Butts Park was a close 20-15, while in the return in late April Phil Boulton and his squad produced a magnificent 36-23 result to inflict a rare home defeat on their hosts.

During the close season Head Coach Harvey Biljon brought some 12 newcomers into the Jersey squad. The only direct link back to Coventry though is through one of the players already there last season in prop forward Harry Morley, who had a very brief spell at the Butts Park early last season.

Commentary from Saturday’s game will be live streamed on the BBC Sport website and app.

Coventry are next at home to play Bedford Blues at Butts Park Arena on Saturday, October 19th. Kick off is 3:00pm and supporters can save money and beat the match day queues by booking in advance at coventryrugby.co.uk/tickets

Advance prices are available until 11:59pm on Friday, October 18th, and online bookings can be made right up until kick off, with etickets scanned from your mobile phone.