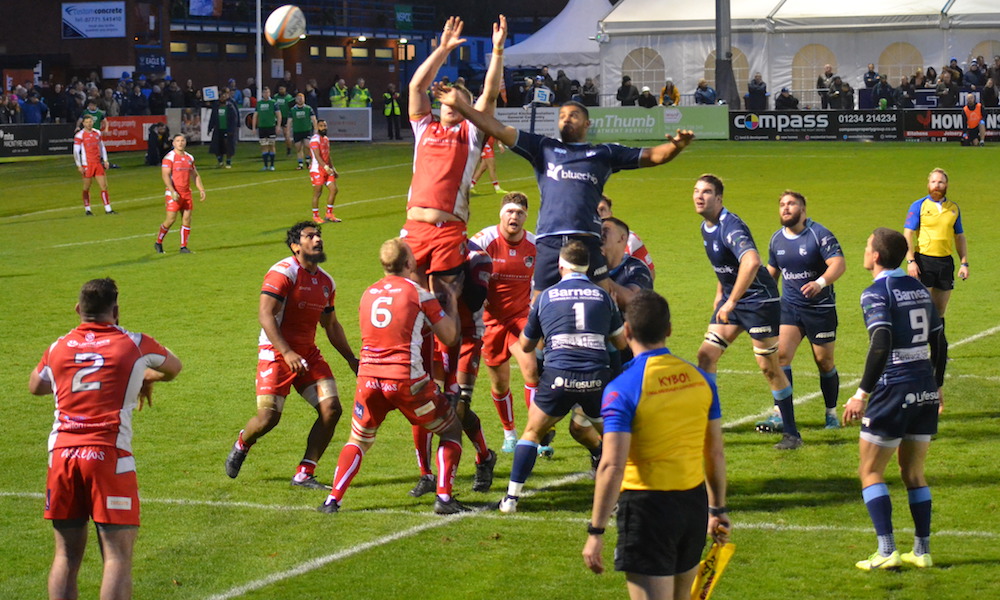 Coventry Rugby, fresh from the magnificent win at home last weekend against Cornish Pirates, make the journey to the East Midlands on Friday night to meet very old rivals Bedford Blues for the fourth time this season.

By their lofty standards Bedford had a poor start to the season. But to their credit they have begun to pull this round, which has seen them achieve much better form and results since the turn of the year.

Those facts will not have gone unnoticed by the Coventry squad, as they prepare to visit the Goldington Road floodlights.

True, Cov won the earlier Cup fixture on the ground, the third achieved this season over the Blues, but allowing for the fact that the Blue and Whites spent nine seasons in National League One, it is exactly 17 years since Cov Rugby recorded a league victory on Bedford soil.

They came mighty close last season, when Bedford, deep in eight minutes or so of injury time, edged a 52-53 point thriller; a match both sets of supporters will remember for a very long time.

Overall there have been 33 league meetings before this week’s game, with Bedford leading 19-12 and two matches drawn.

Since the turn of the year, Bedford lost narrowly at Cornish Pirates 15-18 but have beaten London Scottish away and defeated Hartpury and Jersey Reds 27-25, both on home soil. It took an injury time try in the final play of the game from replacement back row forward Huw Worthington to seal the win and will have left the Blues in great heart as they view Cov’s visit.

Thanks from our counterparts at Bedford we can accurately trace fixtures right back to the beginning.

The first was in in 1894, some 20 years after Coventry’s formation, with Cov inflicting the only defeat suffered by Bedford that season. Overall there have been 179 games played, Cov currently having a significant 109-59 lead in victories, with 11 matches drawn.

Other than Northampton Saints, Bedford have met Cov Rugby more times than any other club in that 120-year-old period.

A reminder that kick off time on Friday at Goldington Road is 7.45pm. For those supporters deciding not to travel, full match commentary will again be available through BBC Coventry & Warwickshire via the BBC Sport web site.

Supporters’ Club coach travel departs from the Butts Park at 4.30pm, bookings being taken via CRSC1874@gmail.com up until 1.00pm on Thursday.

Match tickets can be booked via bedfordrugby.co.uk