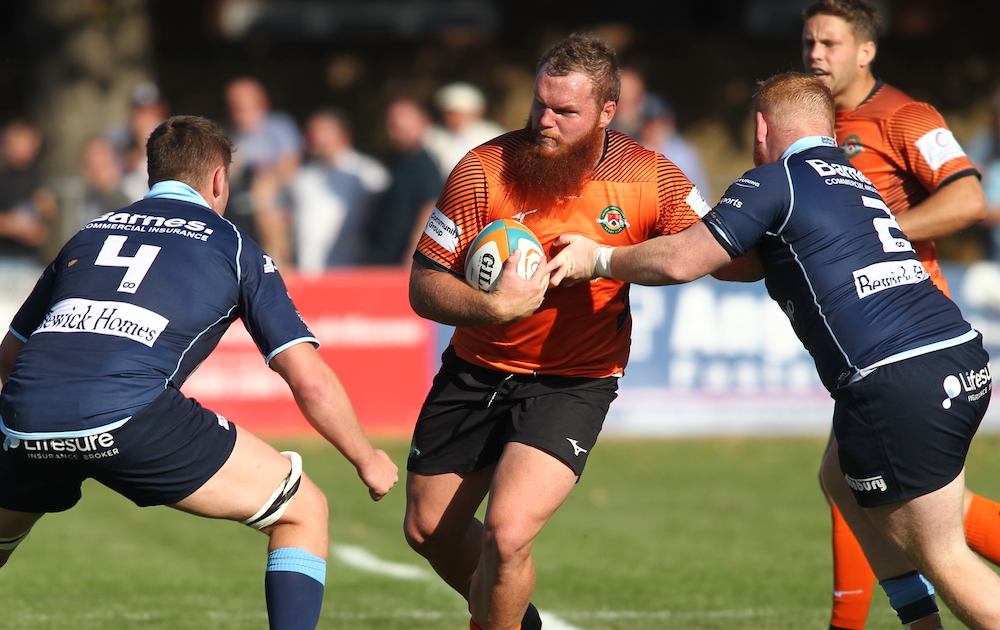 Current holders Ealing Trailfinders provide the opposition for what is bound to be a major test for Rowland Winter’s squad. The visitors have amassed exactly 100 points in their opening two games, comfortable successes against Bedford and Ampthill.

After winning 57-26 at Bedford, the Trailfinders ran in seven tries at home last weekend against Ampthill and come to the West Midlands on top of pool 1 by one point from Coventry, who also have two wins from two.

Captained again this season by back row forward Rayn Smid, the touchdowns against Ampthill were shared between six players, lock forward Ben West crashing over for two of them, the last being in the final move of the match.

Director of Rugby Ben Ward, who has assembled an impressive array of talent at the Trailfinders Sports ground, was full of praise for his squad, highlighting in particular a very strong set piece and a relentless defensive effort.

For the second time in three rounds of this season’s Championship Cup, Cov again find themselves up against opponents for the very first time in this form of competition, the few encounters played previously all having been in the league.

Ealing may be relative newcomers to the higher echelons of English rugby, but it is a club which is full of history. Indeed the first recorded match played by the Ealing Football Club (Rugby) was way back in 1869, five years before Coventry Rugby was founded and two years before the RFU was formed!

Over the last 20 years the club has gone from strength to strength, and come to Butts Park as the reigning Championship Cup champions having beaten London Irish in the final last May.

It promises to be an excellent evening, as the Butts Park crowd sample first team Friday rugby on the ground for the first time in several seasons.

You can make your voice count under the lights by booking online via https://embed.futureticketing.ie/c/coventry-rugby/– use Print@Home etickets to make the most of advance savings and beating any match day queues.