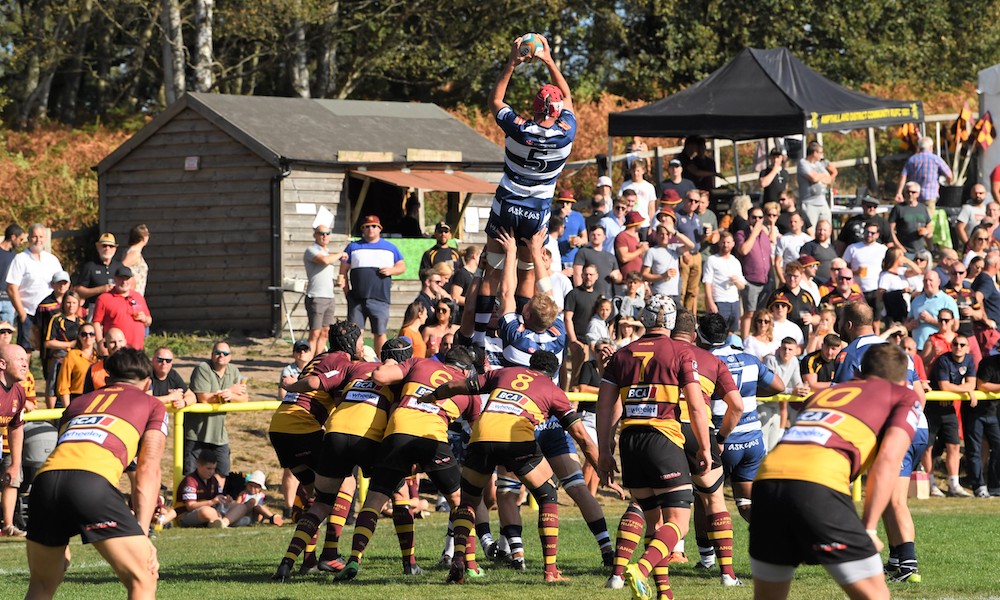 Greene King IPA Championship clubs all return to league action this weekend, with Cov Rugby locking horns for the third time this season with Ampthill and District.

There can be little doubt that with Ampthill appearing to have improved noticeably before the break, Cov will face a much tougher task than has been the case in the two previous Championship Cup encounters already played this season.

111 points embracing 17 tries in total gives a pretty clear indication of Cov’s dominance in those two games. It will not have gone unnoticed, however, in the Coventry camp that Ampthill have themselves secured three victories in league and cup over their arch-county rivals, Bedford Blues.

The latest of these was a significant 23-10 win on Boxing Day in front of a 5,000-strong crowd at Goldington Road, four points which took Ampthill up to eighth in the league. This was their third win in the league – the others coming at home against Yorkshire Carnegie and Hartpury – but while Nottingham and Jersey Reds have both left Dillingham Park with the points Ampthill were competitive in both games, scoring 38 points and four tries against the Reds to earn themselves a bonus point.

Judging by his comments, experienced Head Coach and former Welsh international fly half Paul Turner believes Ampthill have now really arrived as a Championship side.

There are two players currently in the Ampthill squad with Coventry links, although it is likely Cov will only find one of them opposing on Saturday.

Winger Sam Baker has run in a host of tries since joining up with the Bedfordshire club several seasons back. His link to Cov dates back to 2015/16, when the left wing made three appearances in Blue and White while dual-registered from Cinderford.

The second is another wing man, Kwaku Asiedu, previously with the Coventry Academy, who spent last season with National League One Cambridge.

Top points scorer is fly half Louis Grimoldby, the former Harlequins, Yorkshire Carnegie and Federale 1 player, notching up 46 league points to date. There are a host of other recognisable names who have made Ampthill their home over recent seasons, not least Tongan internationals Soane Tonga’uiha, Aleki Lutui and Maama Molitika, with their compatriot Leon Fukofuka (the scourge of stadium announcers everywhere!) joining before Christmas.

Will Maisey is the one player currently in the Coventry squad with playing links to Ampthill, having had a season there before re-joining Cov in 2016/17.

The Ampthill & District club dates back to their formation in 1881. While they have continued to play at their Dillingham Park base, plans are afoot for a move to a bigger facility locally within the next couple of years or so.

From a Coventry Rugby perspective, the squad, hopefully fresh from the break, will go into the game full of confidence after their defeat of Nottingham just before Christmas. Looking purely at the statistics for league rugby, Cov and Ampthill have met just six times, all in National League One, the first being in season 2015/16 following Ampthill’s promotion.

To date, each club has won their home fixtures, with Cov clearly hoping to record a first league success on the ground, to back up the Cup win there back in September.

With there being no match floodlights on the main ground at Dillingham Park, kick off time on Saturday has been brought forward to 1.45pm.

Supporters wishing to travel by coach still have time to book via email on CRSC1874@gmail.com , providing that is done by 1.00pm on Friday.

Full match commentary of the game will also be available via BBC Coventry & Warwickshire, streamed through the BBC Sport web site.