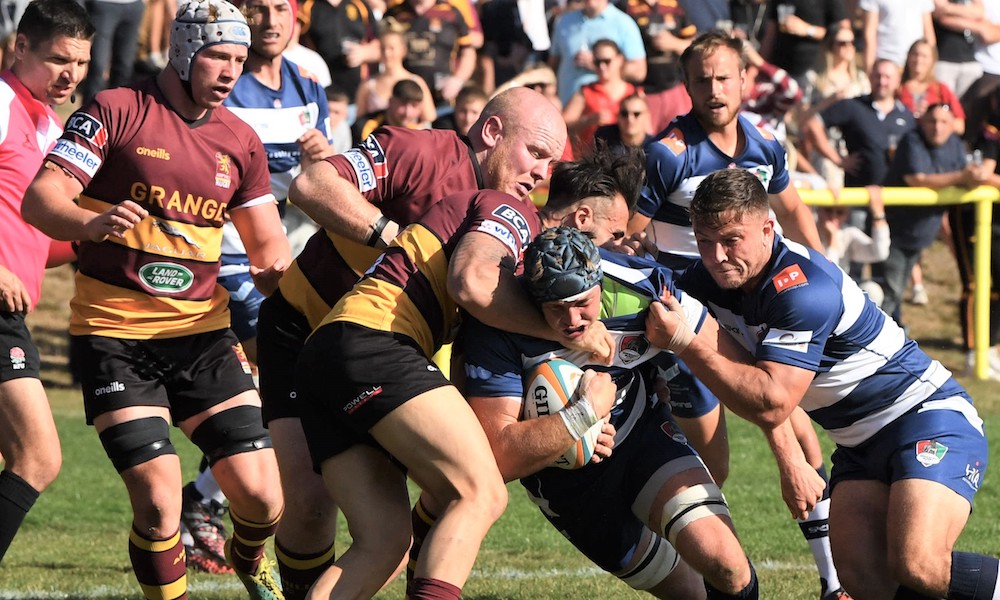 When Coventry Rugby went into the Cup break after Round 3 in the first week of October, they did so in second place to Ealing Trailfinders and well placed to push on hopefully for a home quarter final once the knock-out stages are reached in the New Year.

Saturday’s visitors to Butts Park Arena are Ampthill and District. The Bedfordshire club, who made no secret of the fact they were using the earlier Cup rounds as their ‘pre-league season’, subsequently lost their opening two fixtures, before pulling off an away win at Bedford Blues in Round 3.

On the opening day of the season, Cov Rugby visited Dillingham Park, returning with a 47 -17 win. The team had magnificent first half, which all-but-saw Cov out of sight with 30-plus unanswered points on the board.

That meeting was the first ever between Coventry and Ampthill in Cup rugby. Indeed Ampthill’s rise up the leagues has been so meteoric that national knockout rugby had been consigned to the history books in favour of the current pool format.

They do have solid Cup pedigree in the East Midlands, however, winning the East Midlands Wells Bombadier Cup half a dozen times. And a number of their squad have winners medals in their cabinet, the likes of Soane Tonga’uiha (Northampton) and Maama Molitika (Cardiff Blues) having lifted the old Anglo-Welsh Cup with their previous clubs.

Ampthill also provided a good few players into the East Midlands team which won the 2016 RFU County Shield at Twickenham, so there is plenty of knowledge of what it takes to win in a knockout situation.

After losses to Cov and away to Ealing, Ampthill’s season was kick-started by the Championship Cup win at Bedford which both stunned the Blues and made the rest of the competition sit up and take notice.

They have gone on to beat both Yorkshire Carnegie and Hartpury at Dillingham Park in the league and drawn at London Scottish.

From a Coventry perspective, we certainly cannot afford any slip-ups on Saturday if the cherished hope of a home tie is to be achieved at the quarter final stage. Visits to Bedford and Ealing follow, so a good win is essential against Ampthill if that target is to be achieved.

Last season Coventry earned themselves a quarter final trip to London Irish with home wins over Nottingham, Yorkshire Carnegie and Doncaster, but with the competition for the top two spots fierce across all three pools nothing can be taken for granted this weekend.

There is therefore little margin for error.

Your voice counts in the chase for a Championship Cup quarter final – book early to save cash and beat any match day queues at the ticket office at coventryrugby.co.uk/tickets