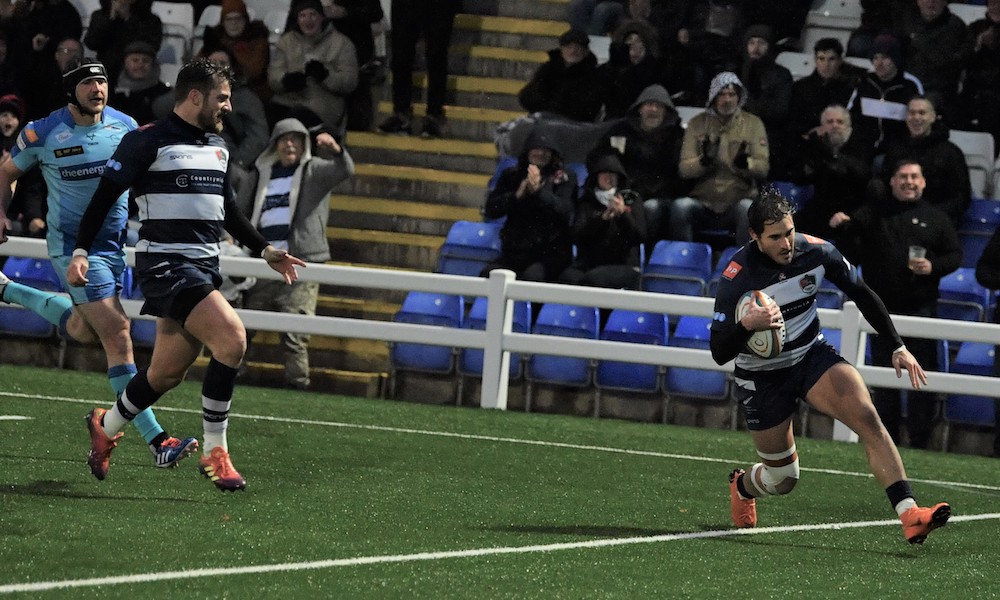 It will only be supporters of Cov Rugby with longer memories who will recall when their club last locked horns with Newcastle Falcons.

Season 1996/97 is the answer to that poser and for those who can recall it, what memories it does bring back.

A truly awesome contest at Coundon Road set the tone with Cov clinching victory deep into injury time. On that point however, more later in the season when the Falcons come calling at Butts Park in March.

The return at Kingston Park, venue for Sunday’s clash, was a rather different story, the Falcons gaining revenge 49-17.

It will probably come as no real surprise to learn that Coventry Rugby and Newcastle Falcons have only met a total of nine times in league rugby over the years, given that it is almost a quarter of a century since that last encounter, with Newcastle leading 5-4 in victories.

Looking back further, Cov first met the Gosforth – later to become Newcastle Falcons – in 1969/70. In those far off days, meetings were pretty well always at Easter time.

Three of the previous league meetings were against Gosforth, four then followed when they became Newcastle Gosforth, before finally in 1996/97, the title Newcastle Falcons had been taken on board.

Of the four victories Cov have claimed, only one of those has come so far in the north, back in 1989/90.

Cov will travel to the League leaders in third place themselves after some fine performances recently. They will come up against a very strong Newcastle squad, even allowing for the departures brought about by relegation at the end of last season.

Even so, Director of Rugby Dean Richards was able to bring some star quality into the Kingston Park squad, making them a very strong Greene King IPA Championship outfit and most people’s bet for an immediate return to the Premiership.

One of the departures was of course Ryan Burrows, the number eight snapped up by Cov after several seasons in the North East and on loan to Doncaster Knights at the end of last season. Others to leave Kingston Park have included Mark Wilson and Simon Hammersley, who have both gone to Sale Sharks.

A significant figure who remained with the Falcons however was the 60 times capped fly half/centre, Toby Flood, who is already continuing to play a significant role in the Falcons Championship campaign. And Newcastle’s team could very well include a number of players who featured at the World Cup, such as Sonatane Takulua, Logovi’i Mulipola, Cooper Vuna and Josh Matavesi.

The Coventry squad, unbeaten in four matches, should however travel up to the North East on Sunday in a buoyant frame of mind. Most notably after the magnificent draw achieved on their travels two weeks ago to Ealing Trailfinders.

It will certainly be an intriguing clash between Cov, who boast the Greene King IPA Championship’s top two try scorers, Max Trimble and James Stokes, and the league’s second-best scoring record and the Falcons, who have the meanest defence with just 54 points conceded across their five matches.

For those supporters not able to make the journey to the North East, full match commentary is again being provided through BBC Coventry and Warwickshire and streamed via the BBC Sport web site.

Kick off at Kingston Park is 3.00pm, with live coverage beginning on line from around 2.45pm.

Action updates will be available via the club’s Twitter feed, twitter.com/CoventryRugby