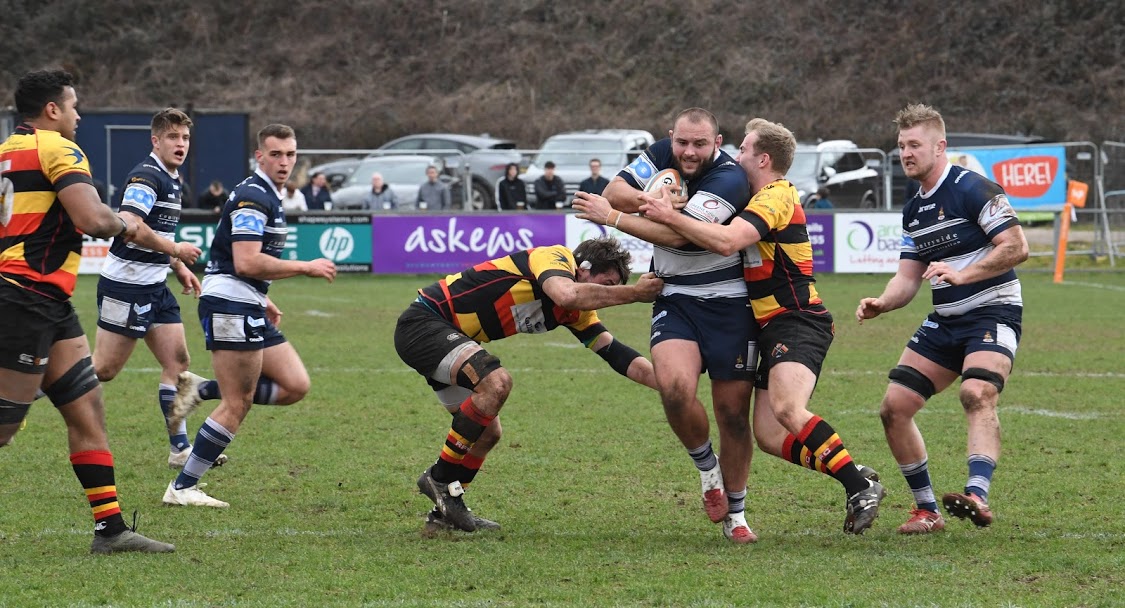 Director of rugby Rowland Winter believes his Coventry side can finish the Greene King IPA Championship season with a bang this weekend in Jersey.

After suffering a final-kick defeat against Nottingham in round 20, the Blue-and-Whites claimed their first away success of the campaign in Doncaster last Saturday.

And despite Jersey’s high-flying league position, Winter believes his team have every chance if they replicate recent performance levels against opponents for whom he has every respect.

“Momentum comes not just from results but also performances,” he said. “We played quite well against Nottingham and if that drop kick had gone wide we’d have been celebrating another bonus-point win.

“So we’ve had a couple of weeks of good performances now, and if we can repeat that this week – regardless of the result – then we’ll be in a good spot going into the summer.”

“Jersey are a massive side physically who are really well drilled and now have plenty of Championship experience.

“Harvey Biljon runs a great rugby programme and has them really well organised. They are at the top end of the table for a reason – they have a great set-piece, they are physical and look after the ball.”

Cov expect Ben Nutley will have recovered from the knock sustained at Castle Park in time to face Jersey, while Gerard Ellis has resumed training following the illness which forced him to withdraw last week.

This means the club’s coaching group will be missing only their group of long-term absentees.

Winter believes Cov are at their best when they relax and therefore expects this end-of-season contest will suit them well.

“We play our best rugby when we’re having fun and we’re confident and the pressure is off,” he said.

“We know it’s a league game with the opportunity to get five more points and cement our spot in eighth which would be a pretty respectable finish.

“We’re also looking forward to getting away together and having a beer after the game to celebrate what has been a really hard and challenging season and if we can do that after a win it will taste that much sweeter.”