Coventry Rugby are pleased to confirm that forwards James Voss and Ben Adams have signed new two-year deals at the Butts Park Arena.

Former England Students second row Voss joined Cov on a dual-registration basis from Leicester at the start of the current campaign.

Since then he has played 14 times for the Blue-and-Whites, mainly as a lock forward but also on the blindside flank.

Voss, who turns 25 in July, made the switch to Leicester from Jersey towards the end of last season.

This brought his second spell with the Channel Islanders to an end, having initially joined the club as a 17-year-old in 2011. The 6ft 6 forward has also spent time at Gloucester and Hartpury.

The move up the M1 reunited the 28-year-old with director of rugby Rowland Winter, who initially brought him from his native Australia to then-National Two outfit Cambridge in 2015.

Adams went on to lift his club’s player-of-the-season award during the Blood-and-Sand’s promotion campaign, and in the process earned himself a move to Goldington Road.

Prior to arriving in Europe, Adams played international sevens for Australia and also appeared in the NRC for Queensland Country.

“It’s great to be at a club where my personal ambition match that of the club.

“As a team we have lots of potential and I am really looking forward to the next few years and pushing myself to the next level.”

“I’m very happy to have re-signed with Coventry. I’m extremely lucky to play the sport I love for a living and even luckier to be able to do it for a great club like Coventry.

“As soon as I arrived at Butts Park I was swept up in the ambition and vision for where the club is going and I’m excited to continue to be part of it.” 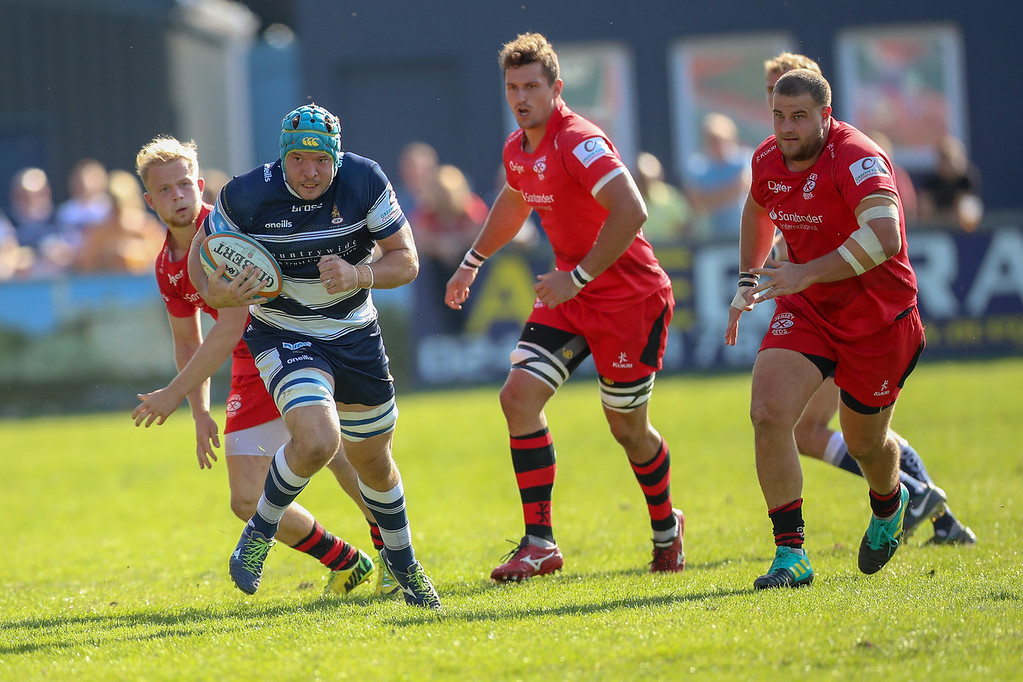 “Vossy had a tough start with going back and forth to Leicester and it took him a while to really settle.

“Injuries have also impacted on his season, but now he has put a run of games together his value has really become apparent.

“He is one of our hardest workers off the pitch, and spends a lot of time with Deacs looking at the detail of the lineout.

“It’s great to have him on board at a young age for the next two years and we believe he is someone with plenty more improvement in him.

“Ben is a real workhorse who has been a brilliant addition to the squad this season.

“He talks really well, is able to play in any of the three back-row positions and gets through a huge amount of work every time he plays.”

Advanced tickets for next Saturday’s Greene King IPA Championship clash with Nottingham, preferentially priced at £18 (seated), £15 (standing) and £2 (ages three to 16) are available before 4pm from the Butts Park Arena ticket office on 02476 231001.