Jacks the lad to call upon

THE term ‘utility player’ could well have been coined just for Coventry Rugby’s Jack Preece.

So far Cov’s supporters have only seen the 28-year-old in his primary role at open side flanker since his summer arrival at Butts Park, but he is equally at home at hooker – he is ticked as one of Cov’s front row options every week on the match sheet – and even had a run of games at centre last season for former club Birmingham Moseley.

The ultimate all-rounder, he will in fact play in whichever position he is required and be happy.

“I played at hooker when I was a kid and I still like to play there now,” said Gloucester-based Preece, who puts up coving for his living outside rugby. “I moved to 7 when I was 17, but I’ve always been able to go on and adapt to wherever I’ve been needed.

“I don’t mind where I play, and I’ve played in nearly every position at some point.

“Last season we were doing okay, then Alex Grove picked up a few injuries and when Tim Molenaar and Greg King both got injured after Christmas, it was a case of needs must and I had four or five games at centre.

“I didn’t play hooker, but the year before I played there all season and also played a game at prop.

“It’s good to play in the different positions, but after 50 minutes at prop I did decide I never wanted to do that again!”

Preece began his career at his local club Old Centralians, where he has family connections and still coaches, before joining Birmingham & Solihull at 17 and playing over 100 games for them in five seasons which brought him up against Cov on a number of occasions.

He made his England Counties debut in 2011, earned an England Sevens contract a year later, and went on to spend three seasons in the Championship with Rotherham Titans, making 71 appearances, before moving to Moseley for one season. 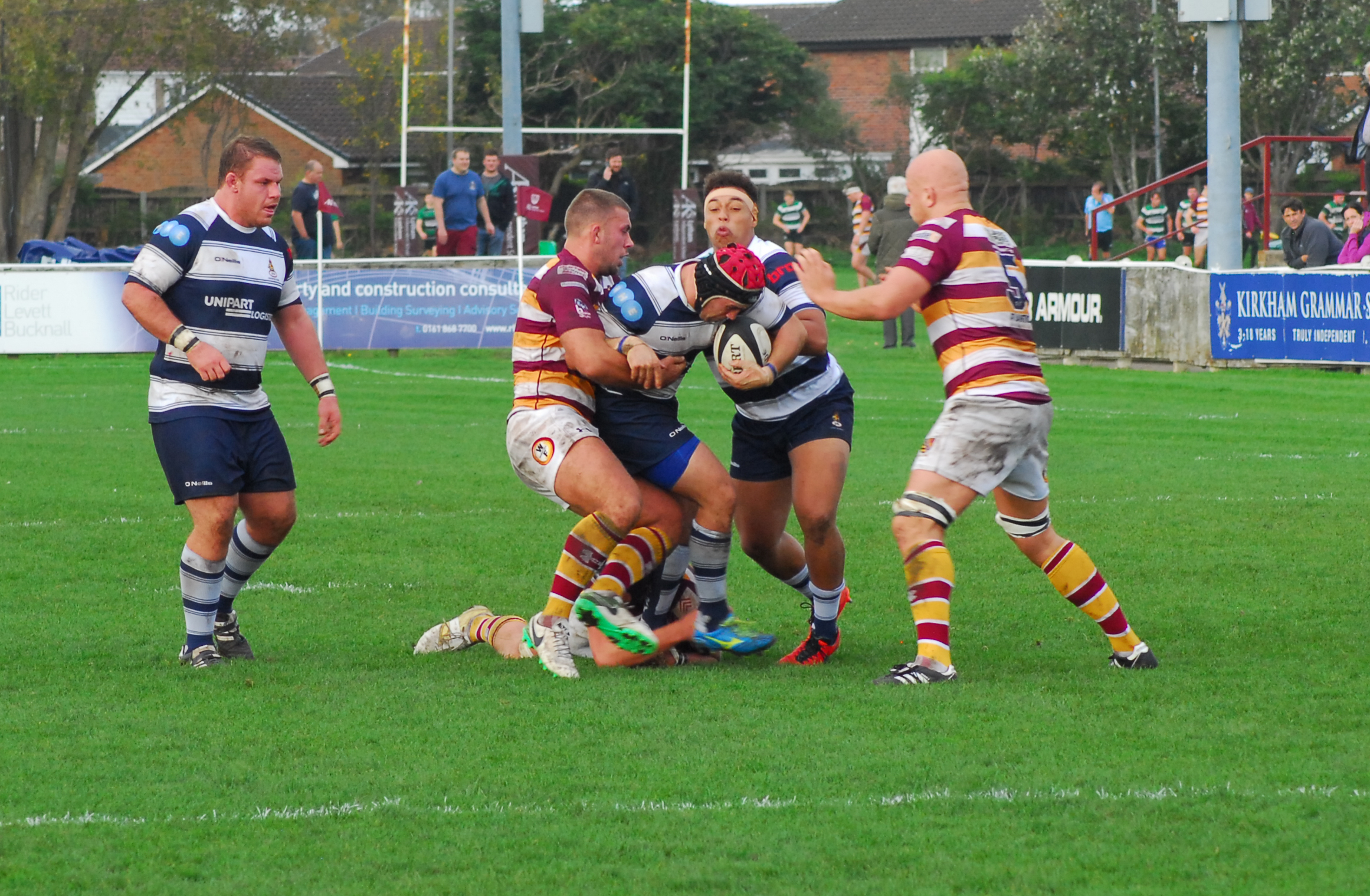 An archetypal ball-stealing open side, Preece’s performances twice earned him a place in the Championship Dream Team – an accolade which he repeated in National League One last season and made him an obvious target for Cov.

It’s a move that Preece hasn’t regretted. “It’s going really well at the moment,” he said. “All the lads are nice, the coaching staff are really good and it was the right move for me. I’m really enjoying it.

“We’ve got a really strong forward pack, we like to get good ball for the backs or play a bit of keep-ball when it’s needed, and we’ve got a really good defence as well – I’m really enjoying the way we are playing.

“There’s a lot of competition for places – we’ve got a big squad and six really good back row players, it’s quite nice to be able to rotate the team a bit and make sure everyone gets game time.

“It’s a rare thing to have in National One.

“Rowland (Winter) has already said the deal thing is to get everyone fit come February time when other teams might start blowing out. Last year at Moseley we did well up to Christmas, then boys started to drop off with injuries and everyone left had to play every single week and play every minute.

“At Cov we can swop it around and give everyone their fair chance of playing, rest people when it is needed, and the team doesn’t seem to get weaker or stronger with the interchanges.

“It’s about keeping people keen to play for their positions and getting the best out of them, there can’t be any complacency.”

A return to the Championship is a definite target for Preece and, he says, influenced his switch to Butts Park.

“It’s one of the reasons that I moved to Coventry, they’ve got great ambitions to be there and see themselves as a Championship club, and it’s so far, so good at the moment.

“They’re doing what they set to do, everything is going to the plan they set out at the start of the year, and they’re doing it very well.

“I’d got to know a lot of the Coventry players through playing for England Counties which made the move easier for me and a lot more comfortable. Cov signed some really good players, and good boys as well, and that’s a good thing to help attract other players.

“It’s a really good club to play for and it would be nice to improve my game with Cov, get better and better, and watch the club make little steps and improvements over the season as it grows.

“I’ve still got the same ambitions I had at the age of 17, I don’t see any point in not having that, so I just try my very best every time I pla , hopefully keep my form up, and see where it takes me.”