With his team already almost 25 per cent of the way into their Greene King IPA Championship campaign, Coventry Rugby boss Rowland Winter has recalibrated their sights ahead of the upcoming clashes with Richmond, London Scottish and Ealing.

Cov have picked up two wins and 11 points from their opening five outings, finishing pointless against only Cornish Pirates, and Winter has raised the bar for what lies ahead.

“We set some targets this week, and I’ve told the boys October has to be better than September which means more tries, less penalties and tries conceded, more wins and league points,” he said.

“If we keep moving forward the way we are, making small percentage gains each week, then six or eight weeks into the season we should settle and kick on from there.”

The Championship has already pitched Cov against opponents with whom they last crossed swords a decade and more ago, but Winter believes the experience in his squad holds the team in good stead for these new challenges.

“Having the likes of Phil Nilsen and Jake Sharp who have spent many years in the Championship has been really helpful,” he said. “We’ve got plenty of players who have seen a lot of Championship rugby, just not in a Coventry shirt, and that’s the bit we’re trying to gel.

“We understand the challenge Richmond will present, but we’re focusing on us to make sure our mental approach is right. If we do that we’ll be in a good place on Saturday as so far we haven’t performed away from home – we need to shake that off our backs pretty quickly.”

The blue-and-whites picked up a couple of injuries during last week’s clash with London Irish, and Winter says this may present opportunities for others who impress in training. 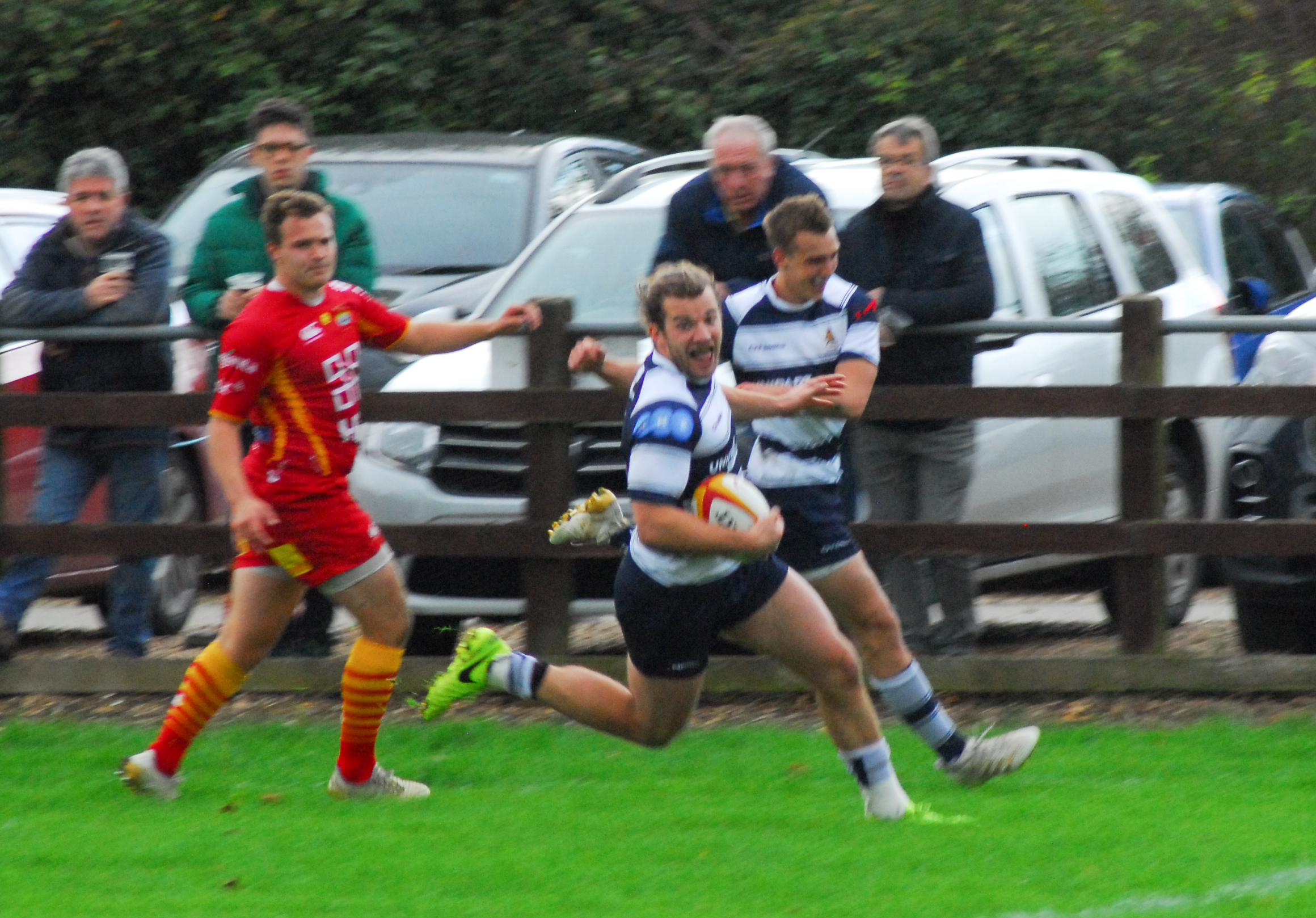 James Stokes is an injury doubt for Saturday

“James Voss failed a HIA at half-time against Irish and probably won’t be fit to play,” Cov’s boss advised.

“James Stokes has picked up a hamstring injury and we’re waiting to see how that recovers through the week.

“If they don’t make it for Saturday, it gives opportunities to others who are knocking on the door, especially the likes of George Oram, Alex Woolford and Dan Faleafa who’s been outstanding in training since he arrived.

“George had a lower back issue that caused all sorts of neural pains through his legs and calves but we’ve got on top of it now and he’s been in full training for a couple of weeks and is looking really fit and ready to go.

“He’s been a big miss for us since the end of last year as he was one of our stand-out performers during the season, so we’re looking forward to having him back to add a lot of bulk and some no-nonsense rugby to our back five.

“Max Trimble is also looking sharp, and there’s a good chance the two of them will be involved over the next couple of weeks.

“We currently have a training squad of 44 fit players, so this week we had to select 35 for the training session. So we’re in a good spot, as that allows us to train with 15 against 15 decent players which adds competition and intensity to training which in turn helps us perform on Saturday.”