Winter reported that Tongan international full back David Halaifonua has played a full role in training since the end of last week, while second rows George Oram and Scott Russell plus back-rower Olly Povoas and winger Max Trimble are all back in selection contention.

This leaves the blue-and-whites without only summer signing Darren Dawidiuk, who remains three or four weeks away from fitness after rupturing a bicep against Leinster in pre-season, and Nile Dacres who is expected to be a long-term absentee.

Winter also advised that all four of the new signings announced on Tuesday could come into the selection mix sooner rather than later.

“All the new signings will push for places in the coming weeks,” he said.

“Robbie Povey and Dan Lewis were exceptional in the A League last night, and between them scored all of Leicester’s points.

“Robbie created lots of space from full back and in midfield, and is definitely someone who could quickly come into the side.

“Alex Woolford is also in full training and looks a top-level set-piece performer, and as soon as Dan Faleafa has dusted off the cobwebs from the jet lag we’ll chuck him straight in.” 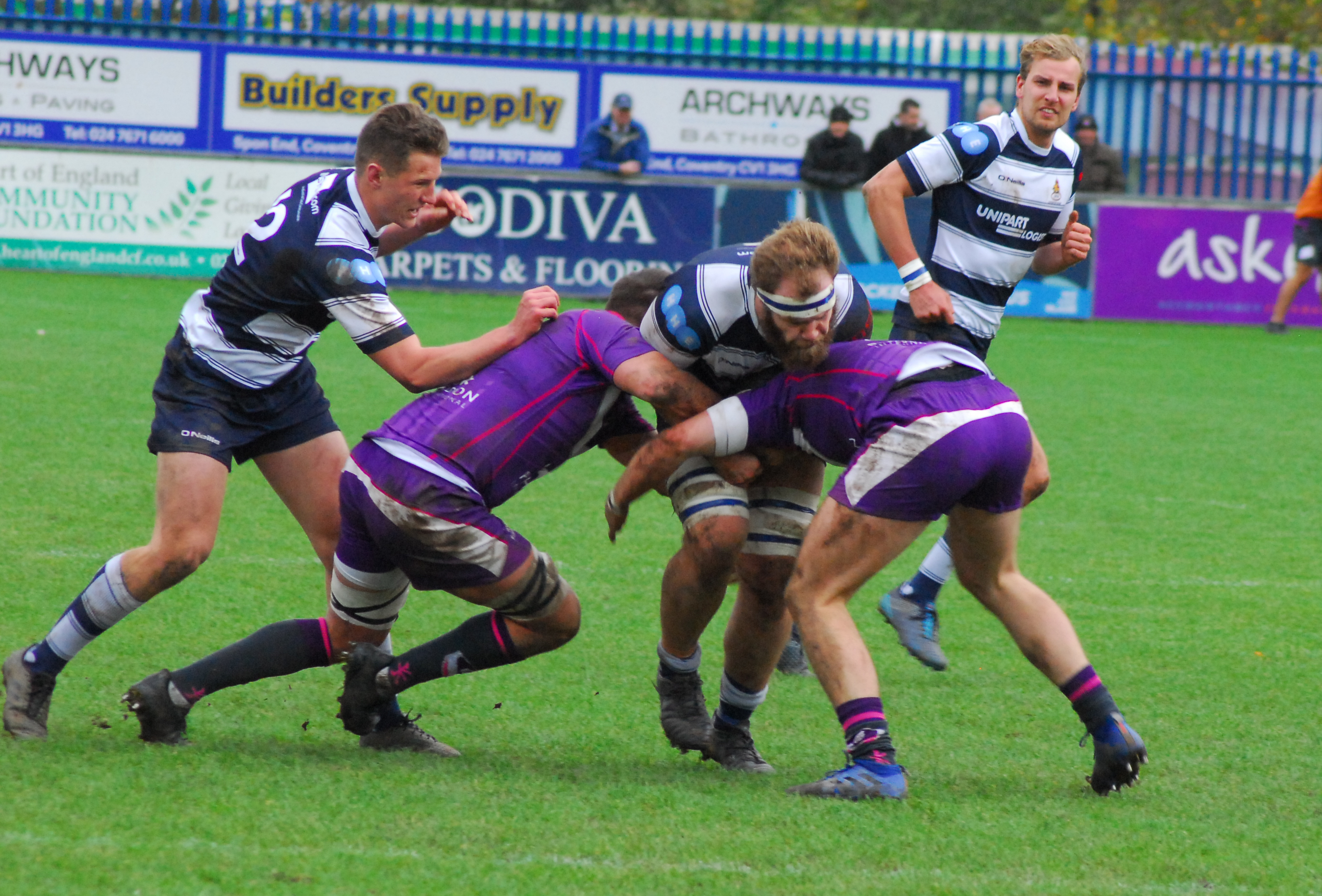 Winter took the chance to watch London Irish’s second string at Northampton on Monday evening, and was impressed by what he saw.

And he is relishing the prospect of his squad putting their unbeaten home record to the test against Declan Kidney’s promotion favourites.

“London Irish are a well-structured club with a very strong squad,” he said.

“They have a good scrum and driving maul, and their lineout was one of the best in the Premiership last year.

“With Stephen Myler and Ben Meehan they have the half-backs to put them round the park, and talented outside backs to finish off the chances they create, so they are a good all-round side.

“They’re bookies’ favourites for promotion, so it’s a good chance for us to welcome them to the Butts Park Arena, showcase Coventry Rugby, and see if we can upset the apple-cart.

“Our main focus, like every other week, is on seeing where we can get at them and apply pressure.

“It will be a tough test for us, but we’re looking forward to the challenge and feel like we’re well prepared.”