It happened during lockdown, by John Butler 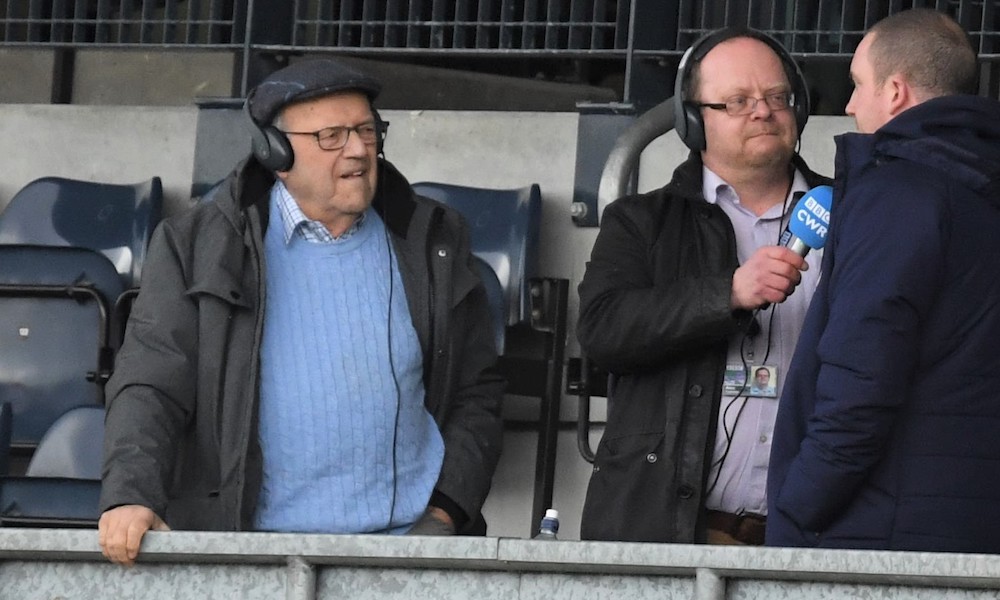 John Butler (left) has been keeping himself busy during lockdown

The Covid-19 pandemic has seen many people affected in so many ways. For my part, being considered medium to high risk, I found myself being shielded for many weeks.

What could I usefully do during that timespan? Especially with no live rugby, cricket or indeed any sport for that matter to occupy attention.

Some time back, my good friend and colleague John Wilkinson passed on to me for safe keeping records going back to 1946 and the commencement of regular fixtures again after World War 2.

Many of these records relating to fixtures, results and playing statistics, while carefully recorded, were actually on wafer-thin paper and, in some cases, only just readable. For some while, I had had it in my mind to do something about it – the problem being time.

Cometh lockdown, all of a sudden there was plenty of time on my hands! So what other project could I turn my attention to?

I set out to re produce all those records from 1946 right through to where I had begun to keep my own in 1977/78. Hard copies yes, but all committed on to a memory stick as the first step towards keeping them for posterity as a digital archive.

What therefore do we now have as a club to take forward?

Buried amongst all the old records, totally to my surprise, I found a document charting all Cov’s first team results from 1911/12. Sadly, there was no sign of anything prior to that, and the document is also missing the details of results for two years for some reason.

Nevertheless this has been a real positive, because JW and myself had always believed we had nothing to refer back to pre-1946. Now, all of a sudden, here, buried deep with other papers was this priceless listing.

So, what do I now have in my possession as Club Historian to make sure it is all kept up to date and ready to pass on to the Club ‘when something happens to me’, hopefully not anytime soon!

Firstly, the results listing referred to earlier has now been brought totally up to date.

Second, all those records detailing results, player stats etc from 1946/47 onwards have been reproduced up to 1977/78 when I began keeping my own records. I have never been quite sure why I did not begin charting details before then! At least though the Club has available now an unbroken run from 1946/47.

The third real task I set myself during lockdown 2020 has been to produce a complete record of the sides Cov have played since 1946/47, club-by-club, All in alphabetical order, so that there is a quick and easy reference by season of results have gone against “whoever we’re playing next week”!

This task is a particularly long one and as I write it is still being continued and compiled. Quite purposely the first part of it will finish in 1986/87, the year before league rugby began. The second part will be from 1987/88 and the commencement of leagues, right through to the present day. This is a big task here but it is one I am determined to complete.

I have been asked already, notably by Chris Wearmouth, to pinpoint some of the quirkier, more unusual elements to come out of it all.

For example, here some of the earlier post-war fixtures, a number of which stayed on the first team list for quite a while. Old Blues, the first game I ever saw at Coundon Road with my father in 1947/48, Old Cranleighans, the two hospitals, Guy’s & St Mary’s. It was the latter incidentally who inflicted on Cov the only defeat suffered during the 1939/45 wartime spell, when the club went 72 matches unbeaten.

A particular statistic which stands out strongly is Cov’s post-war record against Leicester. In total there have been 83 meetings and if I say that Cov have only won 3 of the last 25 it gives everyone a clear idea of just how the pendulum swung. For many years through to the 1980s, the record was Cov won 41, Leicester 12, with 12 matches drawn.

Another feature to come through strongly was how strong Cov’s fixture list was pre-league, containing so many Welsh clubs. Yet on many occasions when wins and/or season doubles were achieved over the likes of Cardiff, Newport, Swansea, etc, defeats were suffered in the same seasons in local derbies against the likes of Rugby and Nuneaton! Again, a real reflection on how time has changed things.

One or two other quirky things have jumped out, which when I reflected I could recall:

Having chosen to spend a pretty significant amount of time during lockdown on the ‘Cov project’, it really has brought back some fantastic memories.

Hopefully, they will continue, not only while completing the project itself, but once the long-awaited return to the Butts Park becomes a reality as well.