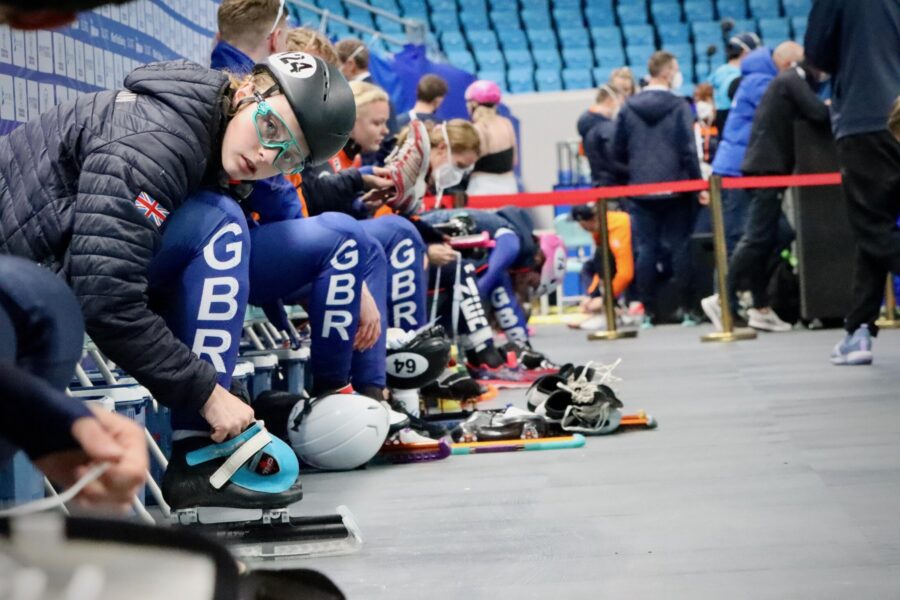 Previous to working at Coventry Rugby, Matthew worked with Scarlets Rugby and prior to that with the English Institute of Sport. His role within the EIS was full-time medical support to the GB Short Track Speed Skating program in Nottingham. Matthew returned to this domain last month, where he attended the 2022 Beijing Olympics qualifying campaign in China as the lead medical provider for the skating team.

Historically, Great Britain has been a strong nation in the short track speed skating world. The pinnacle of this world would be the achievements of Elise Christie who was crowned World Champion in 2017 – the first European woman to achieve this feat, and who held the world record for the 500m from 2016-2018.

In order to compete in the Olympics, athletes must rank within the top 32 athletes in the world over four qualifying events. The first event was in Beijing and was the test event for the games and the second was in Nagoya. The team then travel to Hungary and Netherlands later this month, however, Matthew won’t be involved in these rounds.

“There were mixed results for the team in Asia” Matthew explained, “positively, we currently have three athletes in qualifying positions. The team are focussed on greater success in the European tour”.

Matthew has been conducting some great work since joining Coventry Rugby including leading a study to mitigate the long-term effects of concussions. More about this project to come soon.