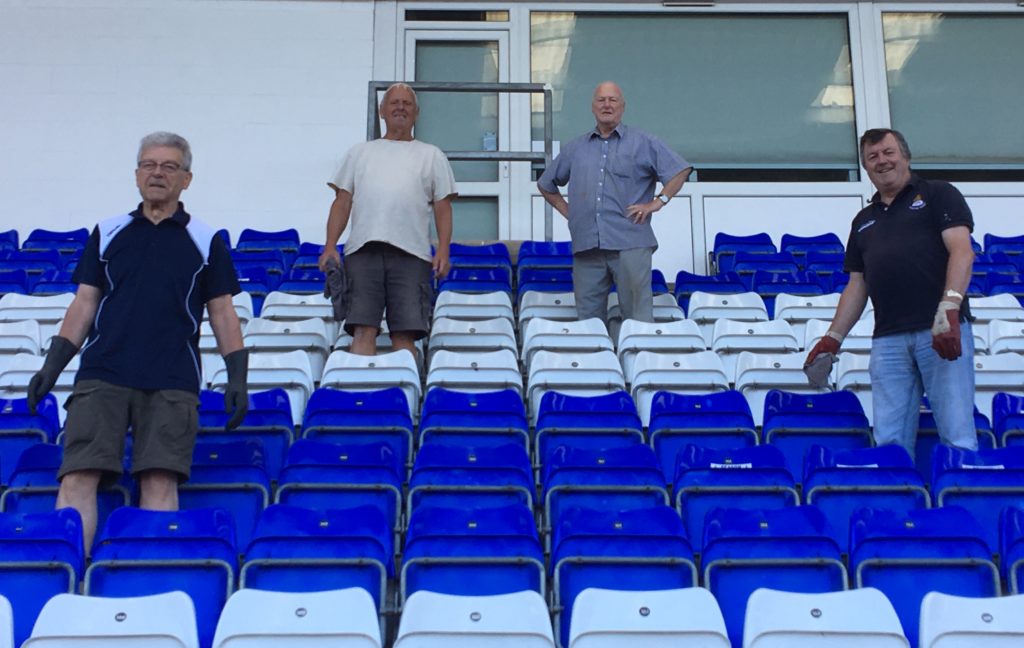 The summer months have been a hive of activity at Butts Park, and we mean away from the pre-season training and new pitch work.

A team of dedicated volunteers have been giving the stadium a once-over, painting rooms and corridors, cleaning the near-3,000 seats and putting more of the club’s historic pictures on show.

Between them Geoff Kennedy, Brian Gladstone, Richard Evans, Harry Denton, Dave Payne, Roger Pulley, Ian Mitchell and Tony Lord have put in scores of man hours to make sure that Coventry Rugby’s home will be looking its best when the home campaign kicks off on September 28th, under the guidance of Stadium Manager Eric Richardson.

Chairman Jon Sharp says that their effort has been appreciated by everyone at the club.

“Our team is growing all the time and the club is developing quickly, but the input and effort of our volunteers is still really important,” he said. “Eric’s Army, as they’re called, have put in a huge amount of time over the summer to keep Butts Park Arena in the best possible condition, and we’re very grateful for their dedication and good humour.

“When taken together with the number of supporters who came to the kit launch on Friday evening, it shows how fortunate we are to have such a great following and positivity ahead of the new season.”