Great to be back, says Tony

INJURED on the opening day of the season, Tony Fenner’s return to action has given Coventry Rugby a timely boost in midfield going into a testing phase of their National League One campaign.

The 27-year-old fly-half, who missed the next eight games after suffering broken ribs at Hull Ionians, had one run-out for the Development side at Cambridge before stepping in at centre for the last two games against Caldy and Old Elthamians – a welcome option for Cov after Heath Stevens joined Alex Grove on the long-term injury list and with Sam Tuitupou suspended.

And while it hasn’t been the easiest of returns, Fenner is just happy to be back fit and in the mix.

“It hasn’t been the greatest start for me, but it’s good to be back – I’m relieved more than anything,” he said.

“It’s been really tough. I’d been out for eight weeks at the back end of last year with a groin problem, which is still kind of ongoing, and discussed with the coach and physio how to get it right, and then to hit some good form in pre-season and get the 10 jersey back for the first league game only to last less than 30 minutes was really frustrating and quite a hard one to take.

“I broke my femur playing when I was 16, which kept me out for a year so was pretty bad, but I remember my dad broke his ribs and when he always said it was the most painful thing he’d ever done I just laughed and thought it couldn’t be that bad – then once you do it yourself, you realise how everything is linked to your core and everything comes from there. Coughing, sneezing – the first ten days especially were awful!

“But I suppose it’s just part and parcel of it, the weeks flew by and before I knew it I was ready and putting the boots back on.”

The Zoo Shield encounter at Cambridge ‘wasn’t the prettiest of games,’ but looking back, Fenner can see that it served its purpose.

“It was hard to referee and quite dangerous as a 10 getting some late hits, but it was a good way to get back I suppose and the best thing I got out of it was getting hit quite a few times to test the ribs,” he said.

“I was pretty sore for a few days after the Old Elthamians game, it was a tough encounter, and I think they’re a team a lot of people are going to underestimate and trip up, so I’m glad we got away with a win.

“I put in quite a bit of work so I was quite tired towards the end and my legs just cramped up, but I think it’s just match fitness and each week will get easier.”

With eleven wins from eleven games, Cov go into Saturday’s home clash with Plymouth Albion in a position of some strength but well aware that it is the start of a run of games which sees them face the other three top four sides and could well define the rest of their season.

“It’s been a good year so far, and it just shows the guys are gelling now and that the calibre of the guys we’ve brought in is bringing a real edge,” said Fenner.

“We’ve got a few injuries at the moment and we’ve just got to really pull together and make sure we keep this going. It’s all part of having a big squad that at times like this we are able to have players, like myself, playing out of position just giving everything for the team to achieve the same goal at the end of the season, which is getting promotion.

“I think everyone is desperately wanting that, and that’s the drive we’re taking into every week.

“Potentially the last game was one we could have lost, but I think that this year the attention to detail and everything we are bringing to training and the games is getting us over the line along with a bit of grit and heart.

“That comes from all the detailed work we do in the week and bringing in people like Luke Narraway, for defence, who has added a massive edge to our game, and Nick Walshe with our attack – I believe his attention to detail is the reason we’re constantly driving forward.

“Nick came in just before Christmas last year and I believe that’s when we really turned the corner and started to kick on. We’ve definitely stepped up a bit from last year.

“I’ve not worked a lot with Louis Deacon, but the forwards say it’s the same with him, and bringing in those coaches is just as important as the players.

“Everyone came back into training on Monday refreshed after a week off and raring to go – we all know that it’s a big game on Saturday in the context of the season as a whole and not just the weekend.

“Everyone knows it’s a massive game and Plymouth will approach it in the same manner, they’ll have a point to prove. They won’t be happy with some of their results, but for me they’re still one of the best teams in the league and we’ll give them all the respect.

“I believe our best performances are still to come at Butts Park, we’ve played really well but I still think we can do better and hopefully we can bring out a big one on Saturday.

“When we saw the fixture list at the beginning of the year we knew that this period was going to be really tough for us, and the problem at this time of year is the pitches and the conditions which can level everything out.

“For me, I’m not too worried about other teams in the league, they have to go to difficult places as well and everyone is going to slip up at some time, and we’ve just got to focus on ourselves.

“If we can kick on and win at the weekend, we’ll give ourselves a good buffer going into a tough December.” 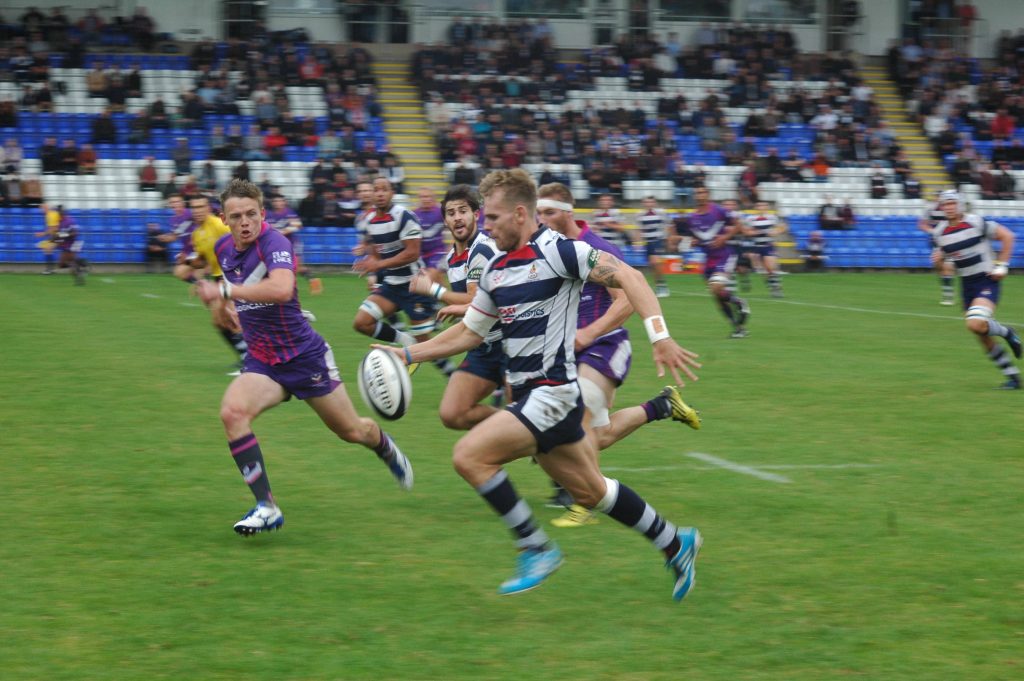