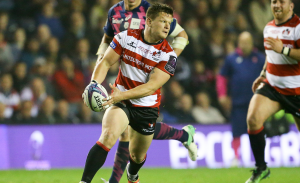 Coventry Rugby can today announce the tenth new addition to the squad ahead of our return to the Greene King IPA Championship with London Irish hooker Darren Dawidiuk joining the ranks at Butts Park Arena.

Born in Truro, Dawidiuk started his career with Cornish Pirates making 45 appearances over three seasons before the powerful front row joined Gloucester Rugby in 2009, he went on to make 138 appearances for the Cherry and White’s before joining London Irish in 2017.

Director of Rugby Rowland Winter insists the former Pirates front row will add the experience needed in the forward pack to compete at the next level.

He said: “I was impressed with Darren’s attitude and focus when we met in person. He is a hardworking, abrasive hooker who brings plenty of top level experience to the team.

“This makes the hooker spot even more competitive and I know he will be a great addition to the club off the pitch as well.”

Coventry have also made further additions to the Development Academy Squad with the signings of second row Scott Russell from Bath University, whilst retaining Max Titchener and Tarik Tin.

“Scott is from the Midlands and came through the Junior Academy at Leicester Tigers. He has played a number of times in the A League for Bath Rugby whilst studying at University.

“He is a big bloke standing at 6’6 and weighing in at 120kg. He will develop well under the coaching of Ross Stewart and the watching eye of Louis Deacon”, Winter said.

He added: “Max has been one of the most consistent performers in a number of positions in the Development team this season and he has worked hard to improve his game. He has regularly shown his versatility and strong skill set.

“Tarik has transitioned well since joining us from Walsall and has worked hard to adapt to this level of training.

“He has picked up some valuable experience on loan at Towcestrians which is vital game time for a young prop, and we expect him to develop further next year.”