England’s Luke signs up to Cov 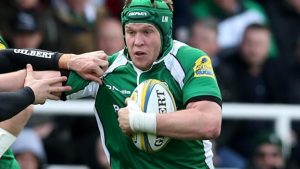 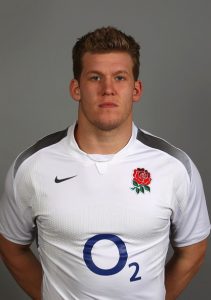 COVENTRY Rugby is delighted to announce that England international No.8 Luke Narraway will be at Butts Park next season.

The Worcester-born 33-year-back row, the current captain of Championship leaders London Irish, is joining as a player-coach on a two-year contract

Capped at every England level from Under-18 through to the senior Test side, Narraway brings a wealth of experience to the Coventry squad at an exciting time for the club.

He captained Gloucester during nine years at the Premiership club, making 163 appearances and winning the European Challenge Cup and LV=Cup.

Moving to France, Narraway then spent two seasons at USA Perpignan before joining London Irish, where he is in his third season.

He made his full England debut in the 2008 Six Nations tournament, going on to play in two Tests that summer against the All Blacks in New Zealand and winning a total of seven caps, and was later named captain of England Saxons as well as captaining England in their 2011 non-cap game at Twickenham against the Barbarians.

Said director of rugby, Rowland Winter: “Luke will be a great addition to Coventry. He brings a huge amount of experience and quality from the highest level.

“He understands what we are building at Coventry and his signing demonstrates our ambition to challenge the clubs at the top of the league.

“We are committed to supporting Luke’s transition into coaching over the next couple of years, and we look forward to welcoming him to Coventry this summer.”