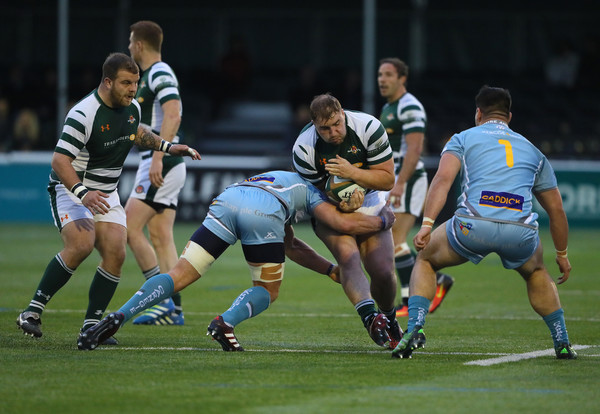 They do not come much tougher than the task which awaits Coventry Rugby on Saturday.

The Trailfinders Sports ground in Vallis Way, West Ealing is the venue, as Cov seek to put an end to the run of three defeats they have suffered on their travels since returning to the Championship.

Ealing have certainly made their ambitions very clear. Their current facility may not be up to Premiership requirements, but undaunted, the Londoners have made some very big statements both on and off the field.

Whilst London Irish are most people’s favourites to jump straight back up to the top flight, Ealing Trailfinders, despite losing to the Exiles on the opening day, certainly believe they are far from out of it.

In their desire to reach the Premiership’s promised land, Ealing underwent a quite astonishing turnover of players during the close season.

Some 28 players arrived, many with pedigree proven at a higher level. Conversely over 20 players departed, leaving a select group of survivors from last season’s Championship campaign.

Cov’s loose head prop James Gibbons was one of those departures, while in the opposite direction, Jordan Onojaife arrived at Vallis Way. The young second row made 13 appearances for Cov, while dual registered from Northampton Saints academy in season 2014/15.

Lock forward Sam Dickinson, the highly regarded & experienced former Northampton Saint, and one of the few who remained at Vallis Road from last season, is now club captain.

In charge of affairs overall is Ealing’s former fly half Ben Ward, now director of rugby. Winger James Cordy-Redden is currently second in the Championship try-scoring stakes with six, while full back Peter Lydon, who missed last weekend’s match, heads the points tally on 47.

The Trailfinders have racked up six straight wins since their opening day defeat by London Irish. They have all been high-scoring affairs, which further emphasises the extent of Cov’s task.

The first known match played by an Ealing side was in 1869. They were officially formed in 1871 and having played at numerous previous locations have been at their current home since 1999.

Playing contact between Cov and Ealing is very recent. All six matches have been played since season 2011/12, most recently in 2014/15, before the Trailfinders regained their Championship place. Currently, Cov’s hosts on Saturday lead their series 4 -2, all of them high-scoring games.

Coventry’s win over London Scottish certainly spelled out a statement, following the disappointment at Richmond seven days earlier. So although Cov travel to West London as underdogs, they approach shedding their seasonal winless record away from the BPA in a confident frame of mind.

There has been a very definite pattern to virtually all of Ealing’s wins so far as a fast, dominant start, leaves opponents with a mountain to climb – something Richmond went very close to achieving last Saturday.

Despite their six-match unbeaten run, Ward has been quoted as criticising his squad for not yet producing a total 80-minute performance.  Coventry, in meeting the challenge head on, seek to ensure this Saturday is not the first of those, as they seek a first ever win on the ground.