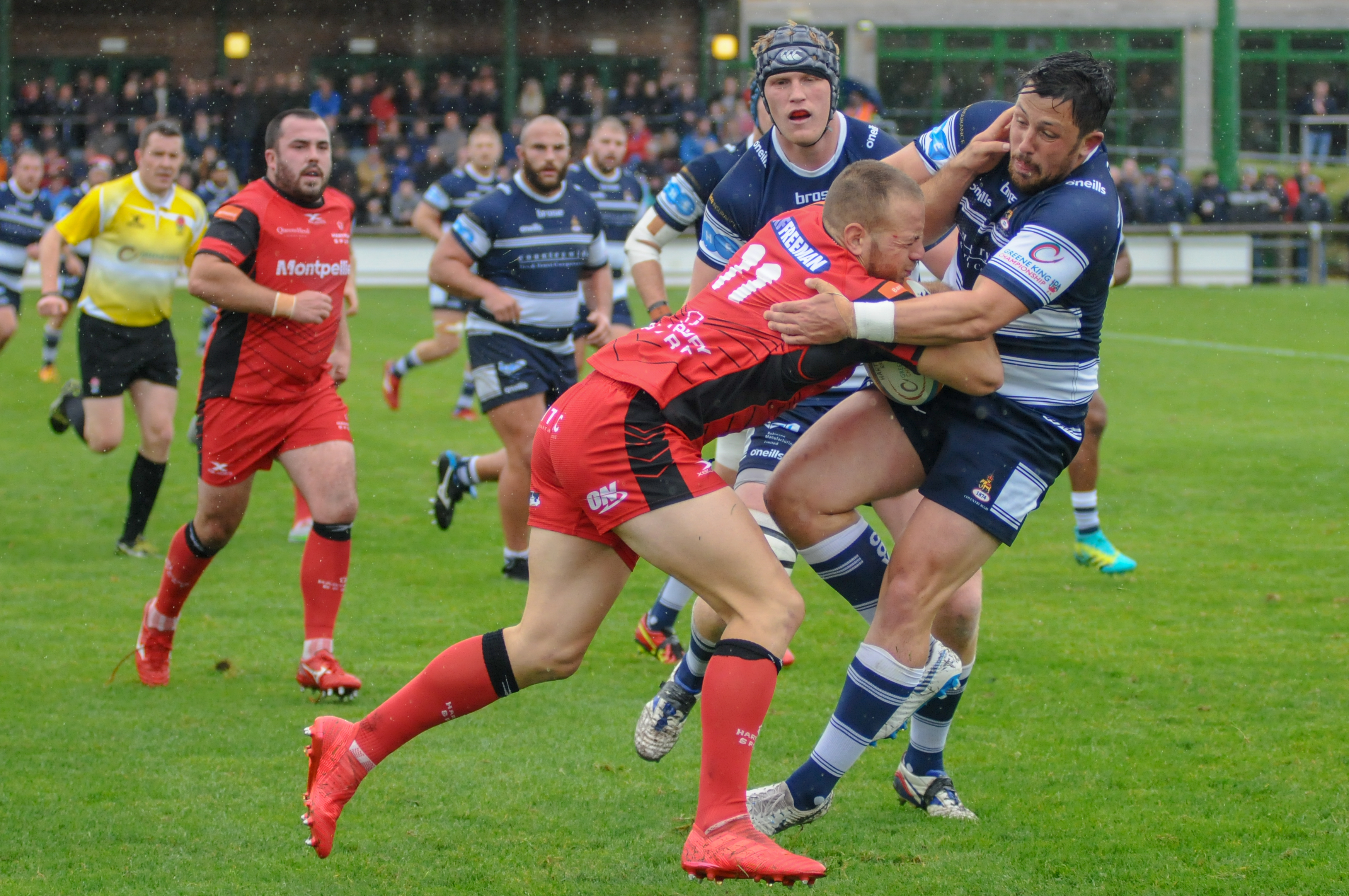 Coventry director of rugby Rowland Winter is hopeful that fly half Jake Sharp and captain Heath Stevens will both be fit to tackle table-topping Ealing Trailfinders in London on Saturday.

However, he is less positive about the chances of their fellow three-quarters Andy Bulumakau and James Stokes being available to assist Cov’s quest for a first Greene King IPA Championship away win of the season.

“Jake took a knock to the head against London Scottish, and failed the HIA protocol pitchside,” he said. “It is still early days in his return to play process, but he’s made a good recovery and we are hopeful he will be available to play against Ealing.

“James Stokes trained fully last week when he was sprinting around and looking in great form. However, he felt his hamstring tighten up a bit during the warm-up on Saturday, and although we added some more strapping to try and get him through, unfortunately it just wasn’t good enough so he had to come off.

“Andy Bulumakau has concussion symptoms following the elbow he received on Saturday, so Rob Knox will also come back into consideration after really impressing in the Nighthawks game at London Irish on Monday night, and Heath Stevens has also trained fully this week.”

Coventry’s pack seems set to suffer fewer injury-induced changes, and their rugby director is also delighted that England Counties lock George Oram demonstrated his return to full match fitness with a lively contribution from the bench.

“James Voss should be back available for selection this week, which is useful because Alex Woolford has a nasty cut above his eye after suffering a knock in training,” he said.

“It was good to have George back – he was a talisman for us towards the end of last season when he was in outstanding form.

“We’ve missed him so far this season, not just for the obvious things like his bulk, physicality and carrying prowess, but also for the effect he has on the rest of the players. 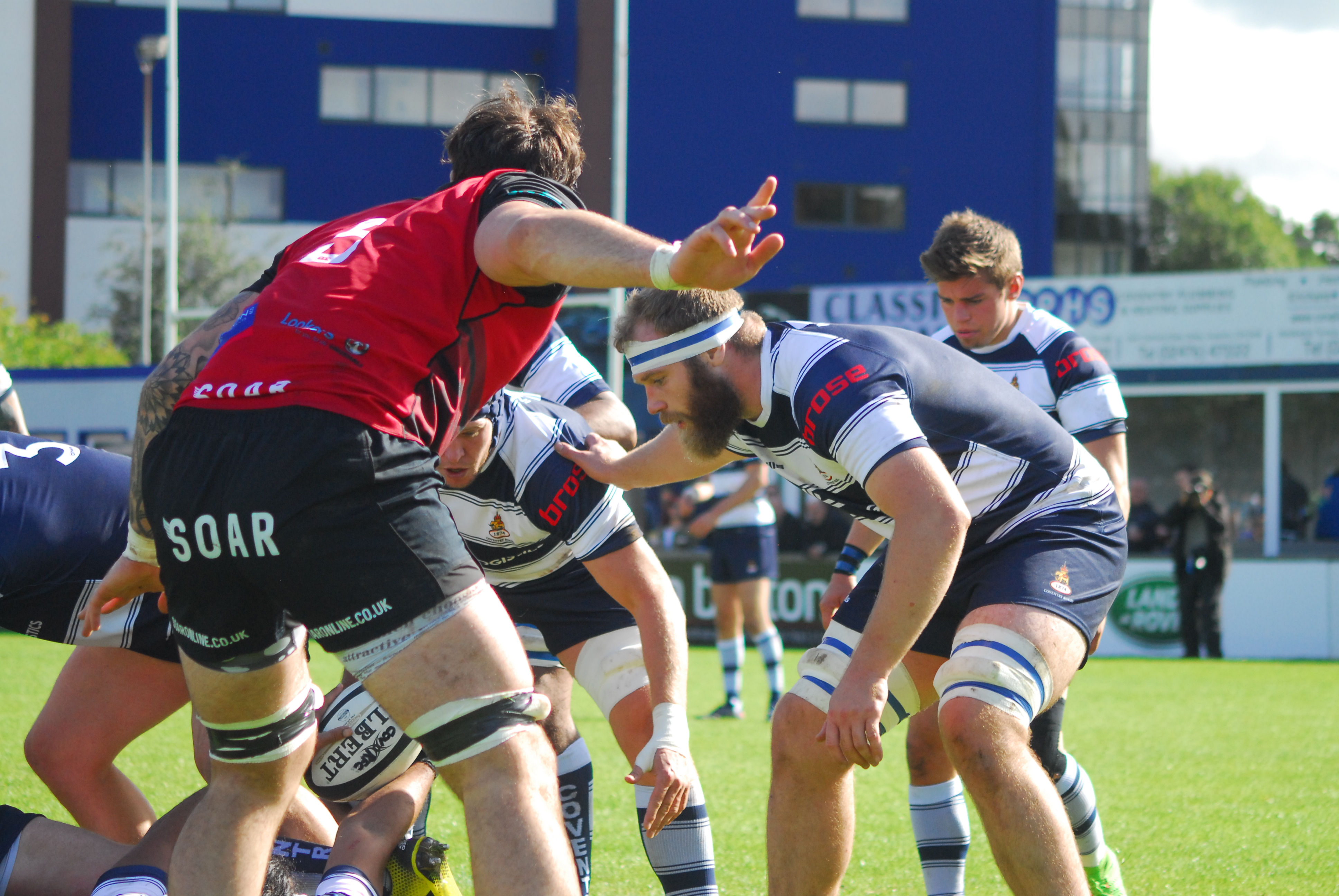 “He is a calming influence on the group, and a very popular part of the squad, so to have him back involved in match day was brilliant.”

Winter’s side have yet to fire on their travels, picking up a solitary league point from defeats at Cornish Pirates, Hartpury and Richmond.

But Cov’s boss believes the challenge presented by Saturday’s title-chasing hosts might be exactly what is required at this point in time.

“Playing top-of-the-table opposition away from home has plenty of fear factor about it, which hopefully will generate an emotional response from the boys,” he said.

“The first thing the coaches have said to the players this week is that we have to park the home form and the London Scottish win, and focus on our last two away performances at Hartpury and Richmond.

“We need to learn lessons from those away trips, and we have an opportunity this week to right those wrongs.

“Although we played much better against London Scottish last week, and showed signs of finding our flow, it still didn’t paper over the cracks from the week before at Richmond.

“Our away form hasn’t been good enough so far, we know that. We are seeking to deliver consistent high performance, and while we’ve had that in patches, maintaining it on a sustained basis is what we are seeking to achieve.”

The action gets underway at the Trailfinders Sports Ground at 3pm.