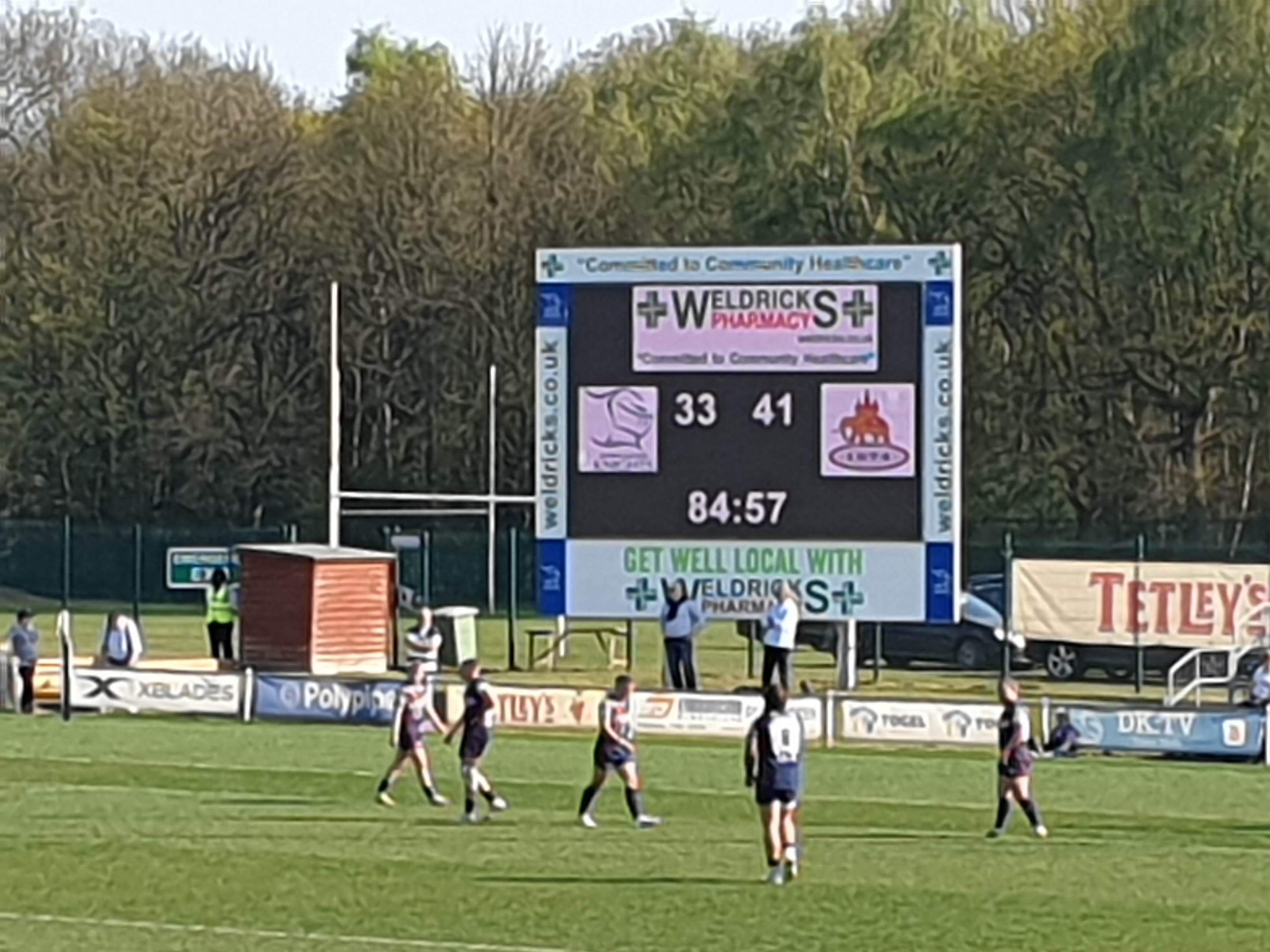 Coventry Rugby claimed their first away win of the season with a thrilling 33-41 success at Doncaster.

Led by a superb display by Jack Ram and 21 points from Will Maisey’s seven-from-seven kicking return Cov denied the hosts’ second half comeback to clinch all five points.

The Blue-and-Whites led 24-11 at the break thanks to tries from James Gibbons, Will Owen and Maisey.

After Darren Dawidiuk’s score extended their advantage to 17, the hosts crossed twice in quick succession to close to 28-31 with 12 minutes remaining.

Cov took an early lead in an unconventional way following a close-range attacking lineout. The visitors failed to secure possession at the tail only for the quick-thinking Gibbons to dive between a forest of legs and touch the ball down in Doncaster’s side of the ruck.

After Maisey converted, the hosts dominated possession and territory for the rest of the opening quarter during which they used their strong scrummage and heavyweight ball-carriers to good effect.

This enabled Dougie Flockhart to cut their arrears by three points with a simple penalty before winger Paul Jarvis took advantage of Morgan Eames’ neat offload to cut inside and claim their opening try.

But thereafter it was the visitors who controlled the remainder of the opening period, in the process claiming 17 quick-fire points.

Recent Knights old boy Owen scored Cov’s second try of the afternoon after Ben Nutley twice carried strongly to get the visitors behind the home defence.

Maisey tagged on a good conversion, to which he promptly added a 35-metre penalty when the hosts were marched ten metres for backchat.

And better followed for the visitors when Ram’s kick chase forced a hurried offload which Maisey intercepted before racing to the Donny line from 40 metres to claim a try which he also upgraded.

Doncaster had the final word of the opening half through Flockhart’s second penalty, but promptly lost prop Robin Hislop to the sinbin following the restart.

And Cov duly exploited their temporary numerical superiority by driving Dawidiuk over for the bonus point score – converted by Maisey.

A sequence of scrum penalties then gave Doncaster the position from which they drove replacement prop Colin Quigley over from an attacking lineout.

Flockhart converted, but hit the post with a 40-metre penalty before converting his team’s third try which was scored by replacement hooker James Malcolm from another five-metre attacking lineout.

And when the forwards drove a lineout deep into the home 22 Cov showed good patience to finally work the position from which Halaifonua went over for the match clincher – again improved by Maisey.