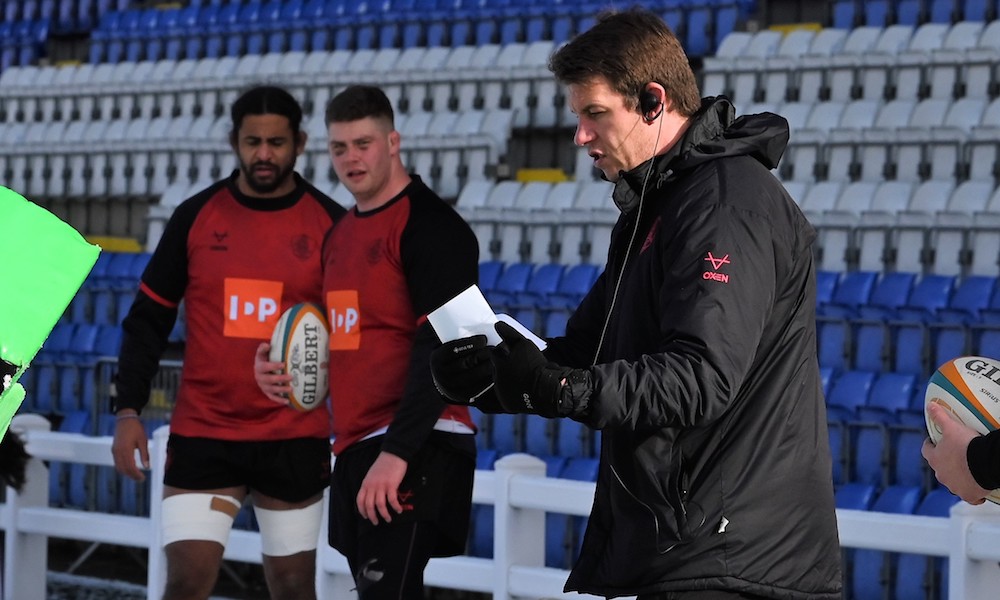 Forwards Coach Louis Deacon is leaving Coventry Rugby with immediate effect to take up a new role at the Rugby Football Union as Forwards Coach of the women’s national team, the club has announced.

The 40-year-old former England international has been at Butts Park Arena for four seasons, helping the club gain promotion from National League 1 in 2017/18 and then establish itself as one of the leading lights in the Championship in the years since.

Having made the Coventry pack one of the best in the league, Deacon will now be returning to the RFU, where he had worked with England Under-20 before joining the blue and whites, and while Director of Rugby Rowland Winter is sorry to see Deacon depart he also says that it is recognition for the positive work done over the last four years.

“Deacs’ hard work in developing young players to improve and progress their game, as well as leading the coaching of our set piece and contact skills, has been an important part of the club’s success and improvement over the last four years,” Winter said.

“We are sorry to see him leave, but at the same time we are pleased for him as it is a prestigious opportunity with a national team.

“I have no doubt that Deacs will thrive in his new challenge, and it also highlights another example of how Coventry as a club and the Championship as a league are developing players, coaches and support staff to be ready for both the Premiership and international-level rugby.

“The timing is not ideal, obviously, with the new season just around the corner, but we will look to fill this important part of our coaching team with the right individual as soon as we can.”

Deacon commented that he will always be thankful for the four years he has had in the West Midlands, a period which he says has been crucial in improving him as a coach.

“It’s a shame that I’ve got to leave Coventry, but it’s an opportunity that I couldn’t turn down,” he said.

“When I first came to Coventry I’d only been coaching for a year with Moseley and England Under-20s. Then Rowland and I got in touch with each other and I’m thankful for the opportunity he gave me with the club.

“Having strong forward play is really important in the Championship and it is a great competition to learn your trade in from both a playing and coaching perspective, and I’ve learned a massive amount, especially in how to get the best out of players.

“I’d like to thank Jon and Rowland for giving me the opportunity to be a part of Coventry, and the fans have been the best in the Championship by far, and I’ll miss the match days at Butts Park for sure.

“Over the four years the players have been great lads to coach. That was what attracted me to Coventry in the first place, the ambition and the quality of players, and I hope that they continue to be successful and strive for the top.”