Coventry Wheelchair Rugby gets off to flying start! 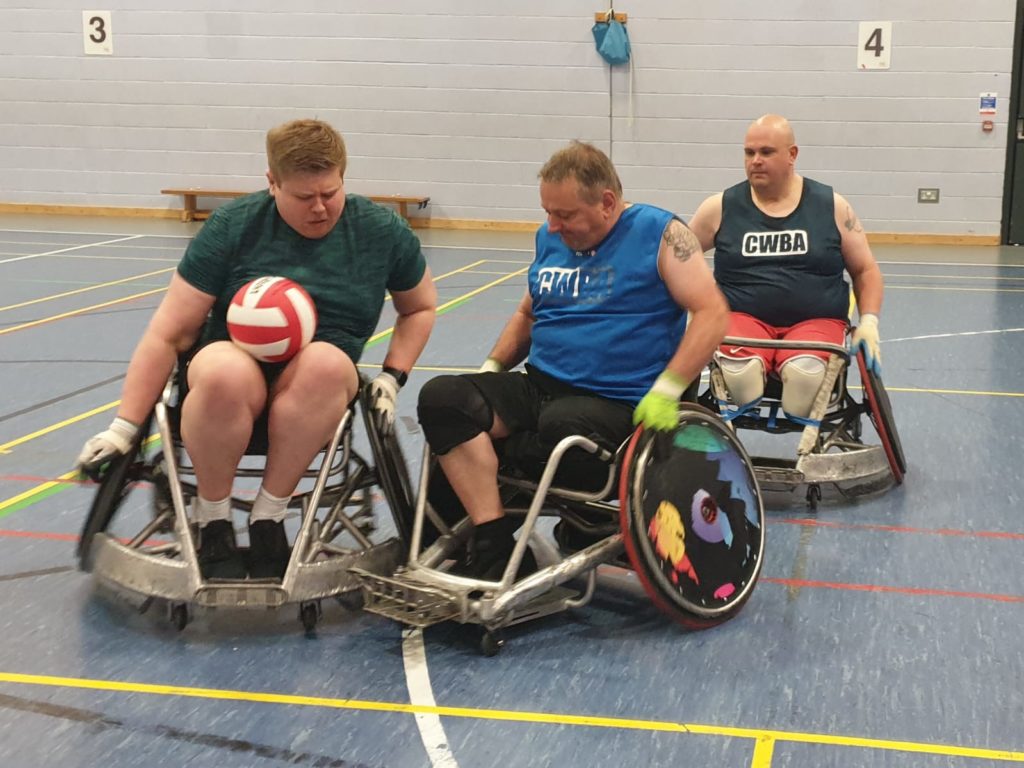 Coventry Wheelchair Rugby made its competitive debut this weekend competing in the GBWR 5s Summer Championship League at the inspirational birthplace of the Paralympic games, Stoke Mandeville Stadium.

Martin Taylor, Jeff Youell, Lee Taylor, Jake Humphrey and George Davies, supported by Leanne Taylor and head coach Mandip Sehmi, went to the tournament as the ‘newbies’ with the club only having been formed at the start of the year as part of Coventry Rugby’s community work.

The understandable early nerves in the opening game against Woodbridge Wheeled Warriors saw Coventry go four tries down early on. But after recovering to win that match 20-17 the team took on their next opponents Bournemouth Rising with positivity, recording a comfortable victory of 18-10. The confidence within the team now flowing, a clinical defensive display saw the team dismantle the Hatfield Comets 22-4.

After winning all three pool games Coventry found themselves topping the group and facing the Norfolk Knights in the semi-finals. The Knights started quickly and took an eight-try lead into half-time, leaving Coventry shell-shocked.

The break served Coventry well, and in the second half they clawed back that deficit to tie things up at 14-all with only eight seconds to go! But in the last play the Knights recovered the ball to go over the line with 0.3 seconds on the clock to win 15-14.

With no time to rest, they went onto the final game for the 3rd/4th play-off, a rematch against the Woodbridge Wheeled Warriors. After the efforts in the last game against Knights, the team went in with spirted attitude and showed the progress they had made throughout the tournament to finish with a win! The final score was 26-9 and Coventry finished third overall, heading home with the pride of securing comprehensive wins and having had the only loss coming against the pre-tournament favourites and eventual winners.

Overall the team had the best attack and second-best defence in the tournament, finishing with a try difference of +45. Head Coach Mandip Sehmi said that it had been a memorable experience.

“We went in with no expectations,” he commented. “I said to the players we’re here for the first time and the most important thing is we enjoy ourselves! I was so proud of the team – to lose by one in a semi-final after being so many tries down as the new team? It was priceless. You cannot create those situations in training, the team showed so much heart to come back!”

The team will now regroup and continue to prepare for the next series in the 5s Championship which will be held at Stoke Mandeville on July 14th.

Coventry Wheelchair Rugby trains on Saturdays from 9.30-11.30am at the Xcel Leisure Centre in Coventry.

To be a part of the team, either as a player, volunteer or sponsor, email community@coventryrugby.co.uk