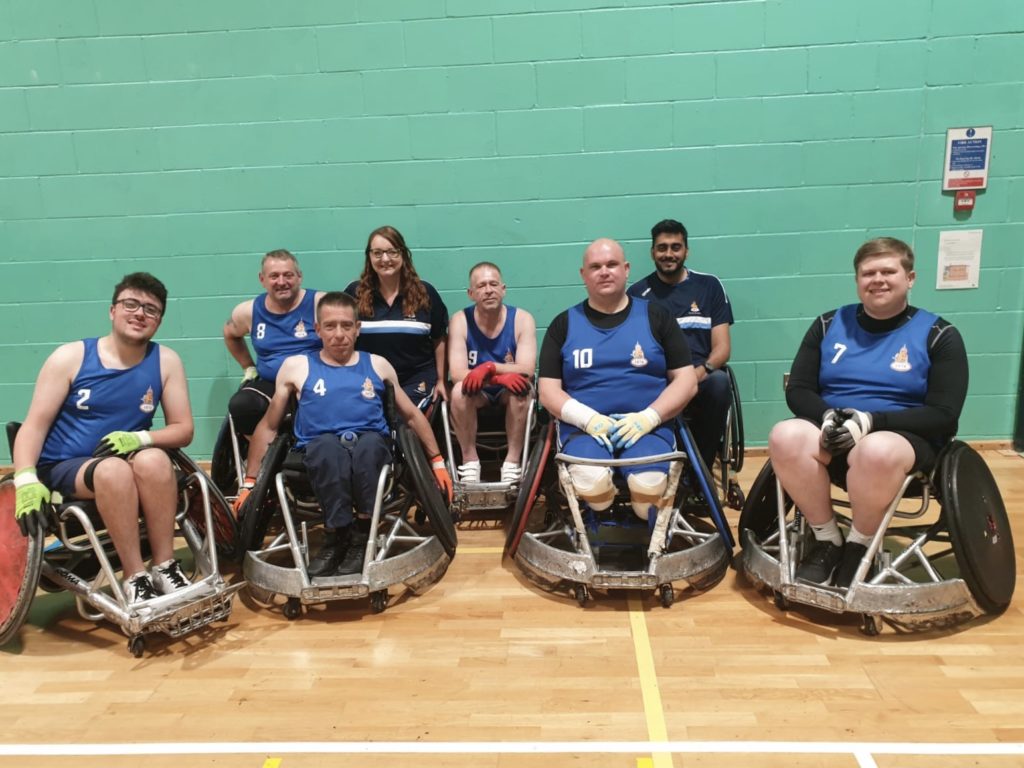 Coventry’s opening game was against H4H Endeavour and the team got off to a great start going two goals up. However, this was short lived as Endeavour raised their game and put the pressure on to force a four-try swing.

Having lost the opening game 17-13 after starting so well, the team was left feeling down and a little shell-shocked, but there was no time to rest. They put right the wrongs from the first game to get back on track against Hatfield Comets, and a calculated and composed performance from the team saw them comfortably beat the Comets 21-13.

The final group game was now a must win game if Coventry were to get into the semi-finals. It was against the Norfolk Knights, a team Coventry remembered well after their last battle in May’s opening tournament.

The Knights had narrowly beaten Coventry by one try that day, and this time around the margin was the same, despite a heroic turnaround from a slow start. Norfolk’s lead ebbed and flowed throughout the game, but going into the final five seconds Coventry clawed things back to 14-15.

There was enough time for one final effort. The ball was inbounded to Jake Humphrey, and as the seconds ticked away he made the final pass to Lee Taylor who was on the try line. As the ball travelled in the air it felt like slow motion seeing it land in Taylors grasp, and while he secured the ball and tried to force his chair over the line the unfortunate sound of the referee’s whistle and the final buzzer sounding together meant only one thing, the closest of defeats! There was mutual respect from both teams as they praised each other in such a hard-fought contest.

With two games left to play the team felt deflated knowing they had missed out on the chance to finish in the top four but again it was time to take the positives and move onto the next game. After regrouping it was time for the cross-over game against the Bournemouth Lions. There were still points at stake and the team wanted to finish as high as possible. Coventry started the game with confidence and played with a ruthless streak, the game finished with a 22-2 win for the Midlanders.

The placing game was against the Comets, and with another disciplined performance bringing a 22-7 win Coventry headed home with a fifth-place finish overall.

“The boys are disappointed about the result but it’s important to go through these games,” Head Coach Sehmi commented. “It’s difficult losing but the team is still very new and as long as we learn and don’t make the same mistakes in the next game, I can’t ask any more of them!

“At this stage it’s all about gaining experience and I’m so proud of how the team have reacted in difficult situations. I hope we can continue building and finish on a high in the final tournament.”

Debutant Edwards added that he enjoyed the experience.

“With this being my first tournament on Sunday I felt a bit apprehensive beforehand but as soon as I got on court I felt at home it felt good being part of a team again,” he said.

“It was tough playing five games after only training three times but I enjoyed every game. The teams were very competitive on court but friendly and helpful off court. After only playing a few times I would highly recommend it to anyone. It’s a physical and skilled game but also a lot of fun.”

Coventry will return to Stoke Mandeville Stadium for the GBWR 5s Finals on September 1st. Entry is free for spectators, so head down and support the team!

Coventry Wheelchair Rugby is part of the Coventry Rugby Foundation and sponsored by Robinson Manufacturing Ltd.