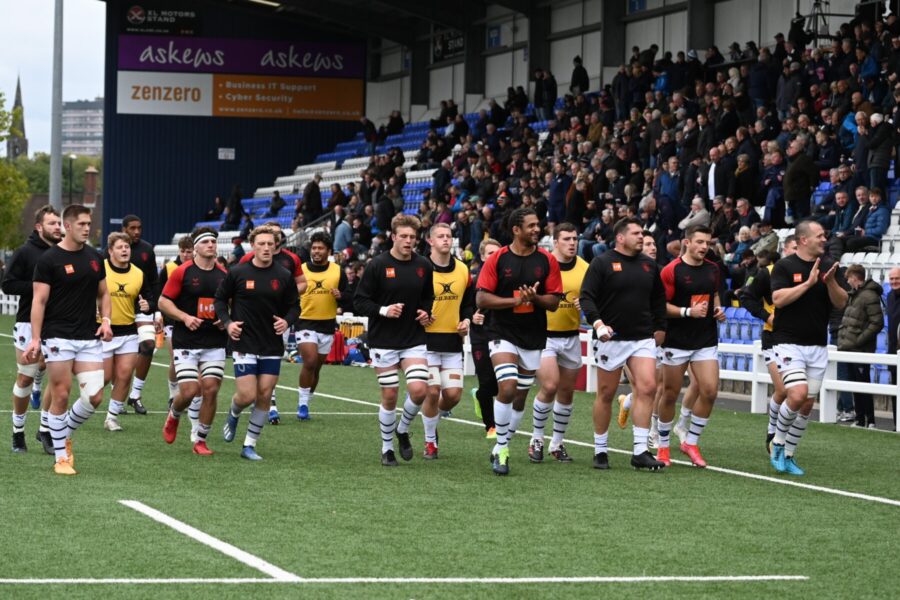 Round 6 of the Championship brought another bout of injuries for an already injury-plagued Coventry team. This means we see some changes and new faces brought into the squad, also allowing the young talent of the Blue-and-White’s senior academy to get some well-deserved game time in Round 7 this weekend.

Josh Bainbridge and Ryan Burrows both picked up injuries from last weekend. As a result, we see Aaron Hinkley and Fred Betteridge start against Nottingham at 7 and 8. Aaron Hinkley made his debut for Coventry against Ealing, who impressed fans with his try-scoring performance. Fred Betteridge made his first start for the Blue-and-Whites last week against the Pirates but has also had some impressive starts off the bench so far this season. Phil Boulton – the experienced tighthead prop will pick up Burrow’s captain duties. It is currently unknown how long the duos respective injuries will rule them out of the matchday 23.

Jordan Poole and Suva Ma’asi are also ruled out due to injuries, which means Finn Theobald-Thomas will come into the squad this week, on dual registration from Worcester Warriors in addition to Oli Curry on loan from Chinnor.

This young matchday squad includes six of the senior academy, including Evan Mitchell who will be making his 11th appearance continuing this weekend at flyhalf.

If you are unable to attend the game tomorrow, you can follow along with the action through BBC CRW’s live commentary via the BBC Sport website or app. We also post score updates on Coventry’s Twitter.

A special thank you to this weekend’s match sponsor, Askews. Find more about the legal group here: www.askewslegal.co/